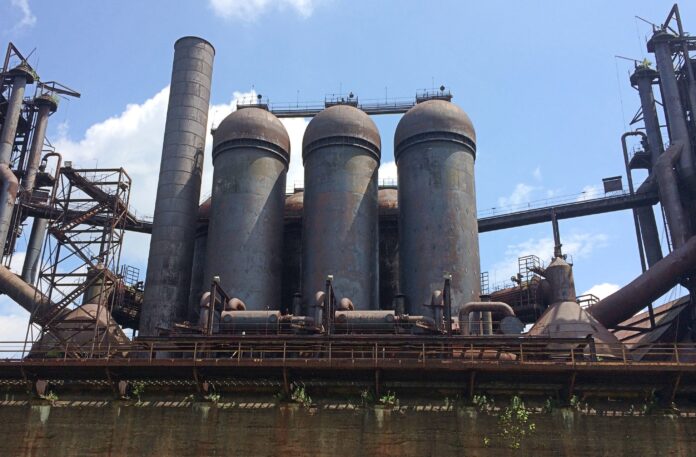 For those who live in an area in which traditional movie theaters have been shut down, the Pittsburgh heritage organization Rivers of Steel has recently come up with an inventive solution. The Rivers of Steel Carrie Carpool Cinema is a new attraction in Pittsburgh that offers a classic drive-in movie experience. Situated at the Carrie blast furnaces in Swissvale, the cinema gives residents of Pittsburgh the opportunity to safely gather together during the pandemic while also supporting a National Historic Landmark.

The cinema was originally conceived by Rivers of Steel as a way of supporting the continued conservation of the Carrie blast furnaces, which are considered part of Pittsburgh’s cultural history. First built in 1884, the furnaces were shut down for good in 1978, but were later declared a National Historic Landmark in 2006 due to their role in making Pittsburgh a dominant steel producer in the 20th Century.

Since that time, Rivers of Steel has hosted a number of events at the furnaces, the drive-in cinema being the latest example. Featuring movies that were partly filmed in Pittsburgh, such as “Flashdance” (1983) and “Out of the Furnace” (2013), the latter of which includes scenes shot at the furnaces themselves, the Carrie Carpool Cinema has proved very popular among residents.

“So far the reception has been outstanding,” said Ron Baraff, Director of Historic Resources and Facilities at Rivers of Steel. “People are looking for new and unique opportunities to get out and about whilst maintaining a safe and social distance from each other. This is a great opportunity to do so and also experience the NHL site.”

The Carrie Cinema offers a creative means of not only bringing people together but supporting important heritage sites in a time of economic crisis. It stands as an example of the sort of innovation that people are capable of in challenging times, showing others what is possible when one has the courage to apply an (admittedly unusual) idea. If Pittsburgh continues to set this example, then there is no telling what other communities it will inspire.

Soul Legend Alexander O’Neal Teams Up With The Salvation Army &...