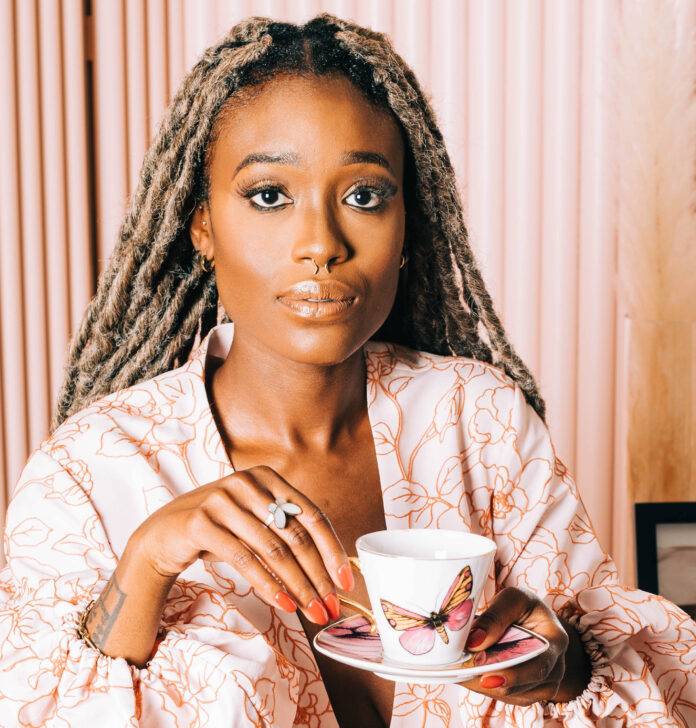 ( ENSPIRE She Did That ) Every Tuesday at 8 PM ET, ‘The Tea’ is Bringing Dynamic Guests and Diverse Points of View

Already a veteran in the entertainment industry before the age of 30, Olivia Charmaine is Hollywood’s best-kept secret. Embracing her melanin, queerness, and womxn power, Olivia is committed to diversifying the industry and bringing new voices into the conversation. Even before the age of 5, Olivia dreamt of working in Hollywood. Her passion for the arts started early falling in love with performing before she would eventually transition to behind the scenes. In college, she studied at the prestigious Tisch School of the Arts in New York City, where she received her BFA in Film & TV Production. After graduation, she began her Hollywood ascent working in children’s animated television, and then from there, becoming a development executive at TBS, TNT, and truTV.

One of Olivia’s most significant roles was her time as Senior Director of Development & Production for Kerry Washington’s Simpson Street. Her time collaborating with Washington taught her that “It’s critical to think creatively, be open to new ideas, and use your platform to create social impact whenever possible.” A lesson that perfectly illustrates Olivia’s mission as a producer and artist. All of her hard work lead her to accomplish something she’s long dreamt of, founding her own production company. Even Before it existed, Black Monarch Entertainment has long been manifesting in Olivia’s mind describing in her application essay to NYU the stories she hoped to tell if ever given the opportunity. Now that she finally has it, Olivia is moving full speed ahead in this new and exciting chapter of her career.

Coming full circle back to her love of performing, Olivia is ready to step in front of the camera, starring in her new weekly IGTV live stream show, “The Tea”. Olivia and the show are a breath of fresh air, authenticity and bring pause to a platform often overwhelmed with empty content. The new show flips the script on what we usually think of when we hear the phrase “The Tea,” offering viewers a moment in the day to check in with themselves as well as some of their favorite artists. “The Tea” features talent and activists from across the industry, reflecting Olivia’s fascination with artists like Janelle Monáe and Twiggy Pucci Garçon, who operate in multiple disciplines while also using their platform for good. If you’ve been missing it or want to check it out, season 3 starts Tuesday, May 17th, at 8 PM ET with some fresh tea blends, exciting guests, and some surprises along the way!

My Daddy Taught Me That – North Carolina Nonprofit Uplifts and...