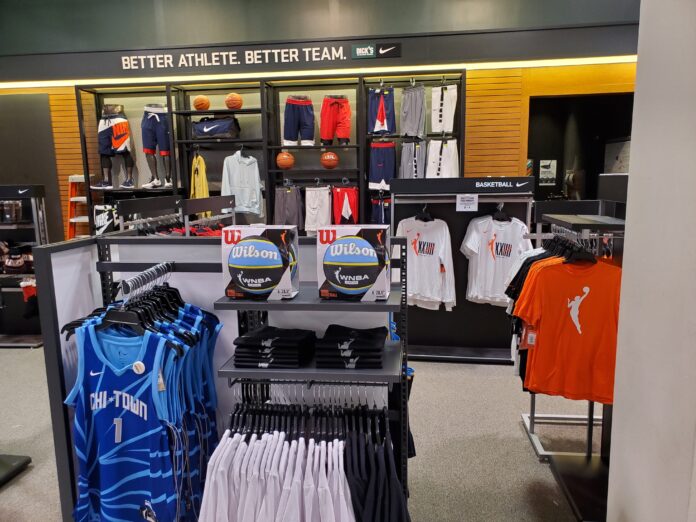 As of late September 2021, the Women’s National Basketball Association (WNBA) announced that DICK’S Sporting Goods has become the official marketing partner of the league this year. The organization plans to develop programs to inspire young athletes and drive interest in the League, its players, and basketball in the multi-year partnership. Besides this, DICK’s also plans to feature WNBA merchandise, jerseys, league apparel, and basketballs in stores throughout the United States and online.

“The WNBA is a premier example of how sport can define leaders and celebrate the current and next generation of female athletes,” said Lauren Hobart, President, and CEO of DICK’S Sporting Goods. “Today marks an important next step in our journey to support female athletes…”

In their 25th season, the WNBA is a progressive basketball league that stands for empowering women. The league celebrates and elevates basketball culture with world-class athletes, fan experience, media broadcasts, content, and community programs.

In 2020, the WNBA and the Women’s National Basketball Players Association (WNBPA) signed an eight-year Collective Bargaining Agreement. This created a new course for women’s basketball and women’s sports. The focus is on increasing player compensation, improving the player experience, expanding career development opportunities, etc. The agreement elements are supported through the league’s new platform, WNBA Change-makers, with AT&T, Google, and more. Additionally, during the 2020 season, the WNBA and WNBPA launched the WNBA Justice Movement. This created the Social Justice Council with the mission of making changes and continuing conversations about social issues.

“This partnership is a significant opportunity for the WNBA as we celebrate our landmark 25th season, with DICK’S Sporting Goods playing a substantial role in driving continued interest and engagement surrounding our league,” said WNBA Commissioner Cathy Engelbert. “By having a significant presence of WNBA and team merchandise at DICK’S locations in the country, we will now have even more opportunities to connect our fans with their favorite teams. In addition, DICK’S commitment to the WNBA is [diverse and] inclusive leadership in action.”

Founded in 1948, DICK’S Sporting Goods is a leading omnichannel sporting goods retailer. They offer an extensive assortment of high-quality sports equipment, apparel, footwear, and accessories. As of July 2021, the company operated 731 DICK’S Sporting Goods locations in the United States. They serve to inspire athletes and outdoor enthusiasts to achieve their personal best. In addition, DICK’s owns and operates Golf Galaxy and Field & Stream specialty stores, and GameChanger. They offer products through an eCommerce platform integrated with its store network and provide athletes with the convenience and expertise of a 24-hour storefront. For more information, visit their website here.

Related article: For many years, LeBron James and the late Kobe Bryant were the two faces of the NBA.

Get Out The Vote: The Antipop Movement