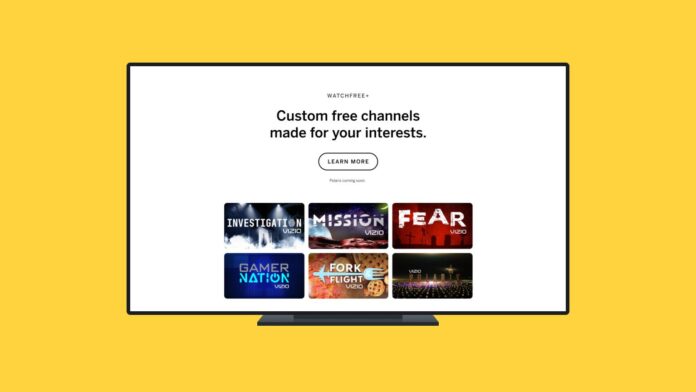 Polaris, a Black-owned television, digital, and social media platform, announced its first free ad-supported streaming TV channel, or FAST. They plan to debut it on VIZIO’s SmartCast platform. Created by Rahman J. Dukes, a digital media pioneer, and journalist, Polaris exists to uncover and share stories created by Black, Indigenous People of color. In addition, they plan to share Hip-Hop and Black culture with the world authentically. With guidance, Polaris plans to deliver a superior viewing experience through authentic, meaningful content that channels the spirit of African culture and music.

Debuting in October 2021, exclusively to VIZIO SmartCast users on WatchFree+, VIZIO’s free streaming service. “Working with Polaris, we are bringing to market a channel that celebrates black culture and delivers unique entertainment experiences to SmartCast users,” said Steve DeMain, Vice President Engagement at VIZIO. “We are excited to partner with these legendary creators to deliver a channel exclusive to SmartCast audiences.”

The viewers of VIZIO SmartCast will have around-the-clock access to authentic programming from Polaris. Some features include Daily Check-In, where music historian Shaheem Reid delves into the hottest entertainment topics of the day with notable celebrities and media personalities. Bridge Bizness, in which well-respected journalist Sway Calloway and media personality Horse will host an interview-style show featuring special guests and celebrities.

Method To The Madness, an episodic series that documents the early stages of Method Man’s career during his meteoric rise to the top of the rap game. 9BLOCC, A music video countdown show fused with social media commentary highlighting up-and-coming artists.

While working in news operations, Dukes developed and produced original content for MTV brands, including MTV Jams, YO! MTV Raps, MTV2, the MTV Video Music Awards, and MTV Unplugged. Dukes partnered with Jay Z and the United Nations to provide water to Africa. He also developed MTV’s first digital rap series, RapFix, and one of its first streaming properties, RapFix Live, and introduced many artists to the masses, including Kanye West, 50 Cent, Mac Miller, Wiz Khalifa, and much more.

Dukes was named Senior Vice President/Head of Content for Sean Combs’ digital cable television network REVOLT following MTV. There, he oversaw the programming property on the network and the company’s digital and social platform. Dukes led its licensing and acquisitions department, including The Breakfast Club, Drink Champs, and the Rolling Loud festival. In addition, he oversaw and launched the network’s social justice initiative and its 2016 Presidential election campaign and led the company’s live stream initiative.

“Partnering with VIZIO to launch Polaris is a historical step in getting the stories of Black and BIPOC storytellers out there in an authentic way, something we’ve prided ourselves in for the past two decades,” said Dukes. “Polaris aims to be a beacon of inspiration for the culture, and VIZIO will allow our curated content to be that beacon truly, and help us deliver authentic programming to millions of households.”

VIZIO provides convenient access to on-screen apps like Apple TV, BET+, Disney+, HBO Max, and more. It includes support for Apple AirPlay 2 & Chromecast built-in, allowing viewers to the stream, control, and share content from any device directly onto the big screen. VIZIO SmartCast continuously enhances the platform with new features and content, so users have endless entertainment options in their homes.