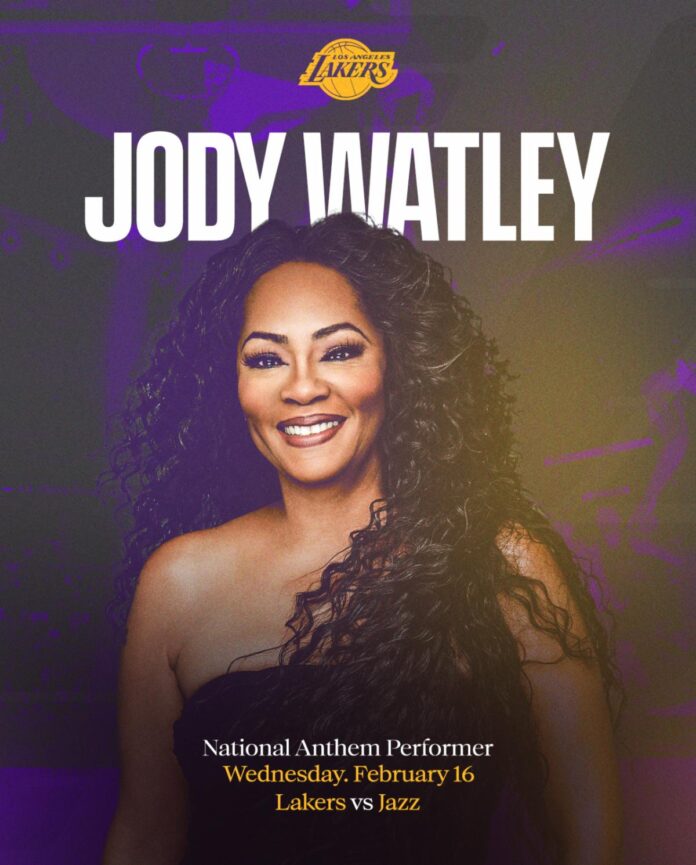 Grammy Award-winning iconic artist Jody Watley has been confirmed to sing the National Anthem at the Los Angeles Lakers vs. Jazz game Wednesday, February 16. The game will be held at the Cypto.com Arena (formerly known as the Staples Center).

“I count it as an honor when asked to sing the national anthem at a sports event,” says the legendary singer. “Los Angeles is home for me, so I am thrilled to perform the anthem here.”

Watley is a trendsetting pioneer in music, video, fashion, and style, one of the architects of 21st-century pop. The cultural music iconic singer in Pop/Soul/R&B continues to amass chart-toppers!

She recently surprised her fans and dropped a special collection of Alex Di Ciò Dance/Club remixes. Alex Di Ciò is a world-renowned producer and remixer.

You definitely want to add Jody Watley’s “Renderings – The Alex Di Ciò Remix” to your playlist for home, car, workout, party, or simply to feel uplifted, available on all digital media platforms via the Avitone Recordings label imprint.

Another article you may enjoy: “The Fashion Life Tour” Helps Models Break into the Fashion Industry

Stokley & KiDi Celebrates The Essense of Black Women In New...