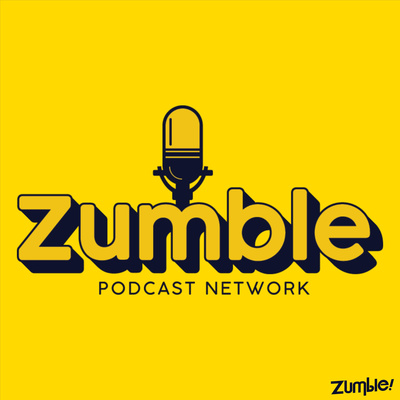 Zumble Co-Founder Jason Gray first thought it would be interesting to do a podcast on the deep and influential impact of 90s R&B, realizing that they had been missing out on covering an incredibly interesting topic for a while. While, normally, finding the right people who are both knowledgeable enough about a subject and charismatic enough to host a successful podcast can be difficult, Gray was lucky enough to know the perfect pair to host what would become the 90s R&B University Podcast. As he recalls, “I remember about a month ago realizing that there wasn’t a podcast out that focused strictly on 90s R&B. I realized that I knew two people that were 90s R&B savants — those two people were Byron and Shan. I immediately hit both of them up and said they should start a podcast and that I’d help put it together. Long story short, I’m willing to put up my last dime that this will be one of the best podcasts out.”

Gray’s confidence was not misplaced, for that initial pitch happened over a year ago, and today, the podcast is still going strong, having interviewed over a dozen people. Most important in all of this, however, was the opportunity that Shan and Byron had to collaborate on something they love and share that collaboration with the rest of the world. Whether it’s the R&B stars of that era, the underground gems, or even the sound engineers and background vocalists that bring together a piece into something that can truly move you, Shan and Byron are able to tell that story.

How did this podcast come about?

SHAN: Our founder Jason Gray approached us with the idea of doing a 90s R&B podcast together. I jumped at the opportunity, as I had the same idea a year prior. Unfortunately, it wasn’t the right time, so when this idea came back around, I couldn’t pass it up.

B: Prior to the pandemic, I was fortunate to have discovered a strong community of like-minded 90s Black culture fans via Zumble, a media company that had established a presence through their successful Cards for the Culture game series and touring 90s R&B Karaoke events. When the country went into shut-down, a dedicated group of followers would gather each Sunday on IG Live and enjoy Zumble’s offering of a virtual DJ set. Shan and I both started as contributing writers for Zumble, which was evolving and seeking to rebrand as a cultural media hub that delivered 90s-centered content via a revamped website, social channels, film, and the launch of a new Podcast Network. We were invited to merge our perspectives to co-host a new program exploring the impact of 90s R&B music. Thus, 90s R&B University was born.

Read more of Shan Britton and Byron McCray’s interview in our Entertainment and Gift Guide Issue! Get your print or digital copy here.