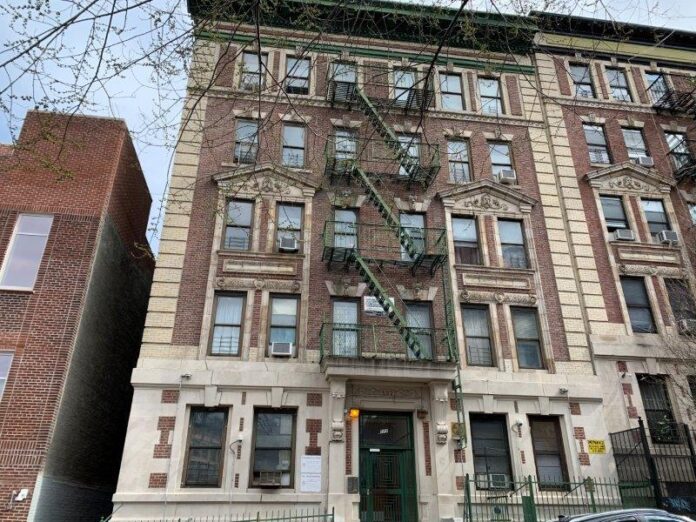 In New York City on March 28, 2022, three West Harlem city-owned buildings built at the turn of the 20th century are soon to get a 21st-century upgrade, thanks to a $12.5 million construction financing deal closed by community development non-profit LISC NYC. Overall, the three buildings and their seventy units will undergo full structural rehabilitation and renovation work led by ELH Mgmt. LLC. Speaking with Janet Lorn, Community Development Officer for Housing at LISC NYC, she says that LISC not only tackles projects surrounding affordable housing but also takes on “economic development projects” providing liquidity for construction costs.

Janet says that LISC takes care of lending besides many other programmatic aspects of the organization. She says that it is a very broad structure, creating more room for responsibilities and new projects. Being so local, there are many programs that LISC takes part in, for example, within the “Rental Housing Program,” there are projects designed to help people with extremely low incomes to mixed incomes, or in the “For Sale Program,” there are projects like “Open Door” which focuses on new construction and co-op family building plans. Janet also mentions that LISC works closely with Habitat for Humanity to provide single-family homes that were once dilapidated buildings in southeast Queens. LISC’s goal is to provide affordable, self-sufficient buildings for those who cannot gain housing because of financial struggles in under-invested communities in New York City.

Upon finishing the project, building owners will be transferred to three newly formed tenant-controlled cooperative HDFCs. As a result, the buildings’ forty-three existing tenants will purchase the rehabbed cooperative units for $2,500. The price of vacant units will be set at 90% AMI for homebuyers qualified through the NYC Connect Lottery.

“Pathways to homeownership in communities of color are an essential component to any strategy aimed at closing the racial wealth gap in New York City,” said Janet Lorn. “We’re grateful to work with this exceptional team of developers and financing partners to ensure that more opportunity is created in historically Black communities like West Harlem that allows area residents to build generational wealth. This partnership is helping to do just that.”

“We’re pleased to embark on this project that will transform century-old buildings into modern, fully renovated homes, bringing new life and activity to West 134th Street, improving the quality of life of existing residents, and creating deeply affordable homeownership opportunities for dozens of hardworking families in Harlem,” said Larry Hirschfield, President of ELH Mgmt. LLC. “We thank LISC NYC and NYC HPD for their trusted partner in helping to make this project possible.”

Besides the $12.5 million construction loan provided by LISC NYC, $17 million in financing is being provided through the New York City Department of Housing Preservation and the ANCP.

In operation for over 25 years, ELH Mgmt. LLC has been responsible for the renovation and construction of over 2,000 units of affordable housing throughout the city. LLC’s President, Larry Hirschfield, is on the Board of Directors of the New York State Association for Affordable Housing (NYSAFAH) and the Citizens Housing and Planning Council.

Rehabilitation and renovation work is anticipated to begin in spring 2022.

LISC NYC is the flagship New York City office of the Local Initiatives Support Corporation (LISC). Above all, LISC NYC supports local partners whose services and programs aim to create a more equitable, inclusive, and sustainable New York City. Since 1980, LISC NYC has invested over $3.1 billion and leveraged an additional $7.6 billion to support low-income communities. LISC NYC’s investment strategy is guided by a belief that the time has come to forge a future for New York City that eradicates the racial wealth gap for good, protects affordable housing, and builds pathways of meaningful economic opportunity for all New Yorkers.

For more information about LISC visit: