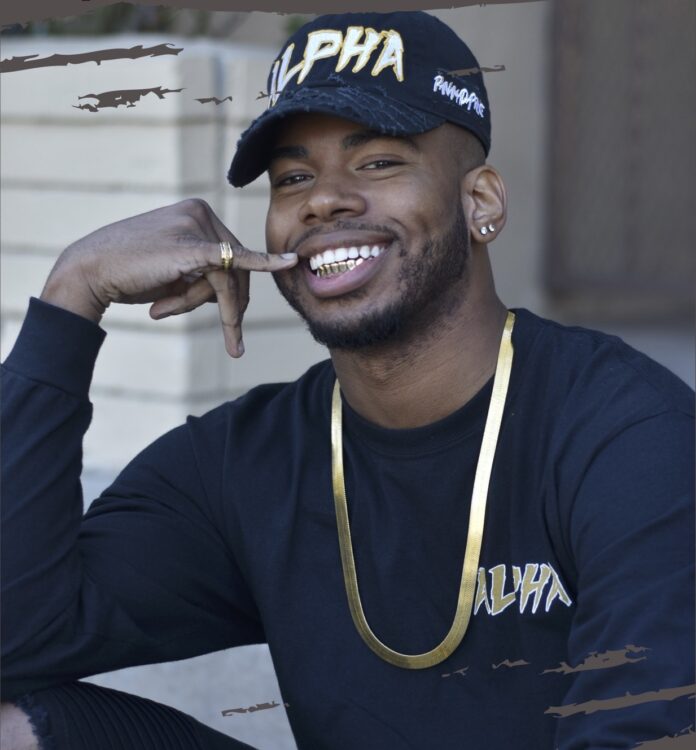 PanamaDaPrince began his musical career at ‌16 years old, citing one of his biggest inspirations as Kanye West. Following his passion, this New York City-born creative started exploring the worlds of music and fashion design. Early in his career, he opened for Wu-Tang and D Block and rapper Lloyd Banks. He also modeled for international fashion houses, Jeremy Scott x Adidas, and later the Sabit Fashion Show.

Panama launched his fashion line, ALPHA, in 2016. He used the knowledge he had from working in the entertainment industry to start his brand. The clothing brand’s mantras are “transcend every obstacle” and “lead the pack.” ALPHA has appeared on “Teyana & Iman” on Vh1, “The Rap Game” on Lifetime with Jermaine Dupri, “Black Ink Crew” on Vh1, and the Netflix film “Beats”. Several famous actors and other celebrities have supported ALPHA, including “Stranger Things” actor Caleb Mclaughlin, Swizz Beatz, and supermodel Ashley Graham.

ENSPIRE chatted with PanamaDaPrince about his new song and music video, and his fashion brand ALPHA.

What inspired you to begin your musical career at the young age of 16?

“As a child, I grew up with a variety of different genres of music and was influenced by the stuff that my grandmother, mom, and brother used to play. I developed a love for music which led me to intern at a record store. It was then that music was my best form of creative expression, so I went full throttle from there.”

Besides being a musician, you are also a fashion designer, creative director, and model. How do you balance so many creative passions?

“Balancing so many different creative passions certainly has its challenges. I’m still a work in progress as far as mastering that task goes, but I believe that, for the most part, I handle it well. Being an artist often means that you’re not one to be put in a box. So juggling different artistic mediums comes with the territory.”

What was it like to work with hip hop icon Fatman Scoop on your new song, ‘Mase Flow’?

“Fatman Scoop is such a chill guy that working with him was a breeze. He understood my vision and delivered! Grateful to have worked with a legend like him.”

Can you tell us about the creative vision behind the music video for ‘Mase Flow’?

“Absolutely. I wanted to emulate the flashy ‘Bad Boy’ era of the 90s. Mase was always so smooth with his moves and flow, so it’s pretty much me paying homage to him. I feel like the newer generation of rappers needs to tap into the roots of hip-hop more often.”

Can you tell us more about your clothing brand, ALPHA, which had some designs featured in the music video?

“ALPHA is my brand that I started in 2016 that promotes self-empowerment, being the leader of your own destiny, and transcending every obstacle. I am extremely proud of how much the brand has grown and how many people have supported it throughout the years. More designs to come!”

Mase Flow brings back the aesthetics of the 90s, going back to the roots of hip-hop. PanamaDaPrince’s story of going from a teen working in a record shop to a viral success as a musician, fashion designer, and model is truly inspiring.