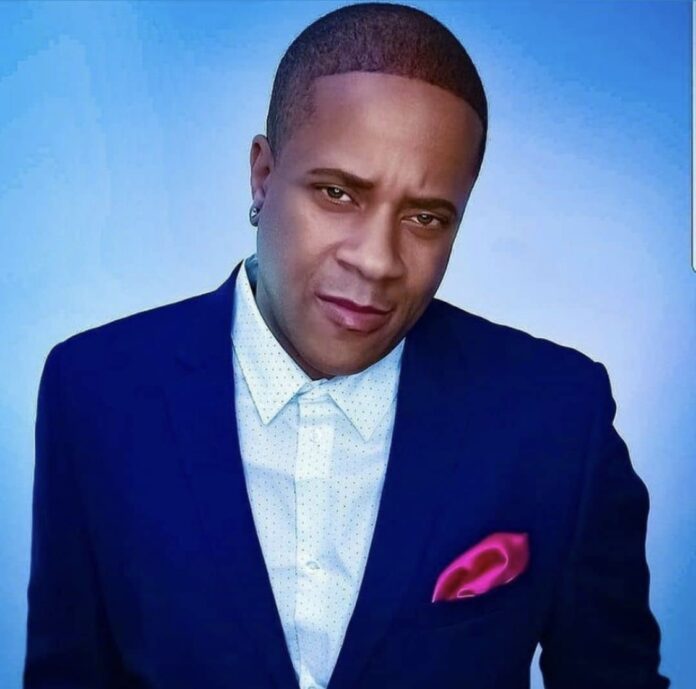 Michael Best, who also goes by Nitty Green, was a member of the group RIFF until he decided to go single and start producing his own songs. RIFF was an R&B vocal group from Patterson, New Jersey. The group was first created when a group of teenagers from Paterson’s Eastside High School came together while attending school. RIFF soon became popular with members of a young age. It had seven hits, which included 3 that made it on the Billboard Hot 100. In the late 90s, Best and two other members of the group joined Men of Vizion, who also had 3 of its 20 singles that made it on the Billboard charts.

RIFF continued to produce new music and as a group, Nitty went on his own path. He then separated from the group and went solo. When the COVID-19 pandemic hit, he knew this would be a challenge, but he did not let it slow him down. Nitty was focused on “reintroducing himself” so he was constantly busy with interviews and cut back on shows. Then, Nitty could produce multiple singles and music videos. During the peak of the pandemic, he released his single “With Me” alongside a music video. He also released his two other singles, “They Don’t Want to See Us” and “Don’t Tell Me”.

Nitty stepped outside his comfort zone with music and created his own podcasts. He created a podcast called ‘Vibe Sessions’ ‘, where he collaborated with his lifelong friends Little “Pie” McElveen and Danielle Silva, where he goes live with these two friends every Sunday night on Facebook. With this social media platform, they have been able to build a positive podcast to discuss with their fans music, love, and just life ‌. They also have featured some guests including Force MD’s, Shai, Dalvin of Jodeci, and Hi-Five. In 2022, Nitty continued to release singles during his solo career. On April 5th, he released his new single “Running Out of Time.”

What sparked your interest in music and at what age?

“What sparked my interest in music was watching videos of Prince and Michael Jackson at around 12 years old. That made me want to do music.”

What inspired you to go solo and was this a challenge for you at first?

“Being in a group, there’s a format. Having 5 members, we all have to come to an agreement about what songs to record. As a solo artist,  I’m able to express myself musically in ways that I can’t in a group. It was absolutely a challenge for me getting used to performing on stage alone.”

Where does your inspiration for music come from?

“My inspiration for music comes from hearing great material from other artists. It inspires me to work harder.”

Can you talk about your podcast in a little more detail and what it is about?

“My podcast is called Vibe Sessions. Myself and two of my lifelong friends talk Life, Love and Music live on Facebook every Sunday night at 7 pm EST. We also have candid conversations with celebrity guests from time to time.”

Has the pandemic affected your career ‌and has it set back any of the releases of your new singles?

“The pandemic definitely affected everyone, myself included, but it has allowed me to slow down and be more thoughtful about the music I create. However, it hasn’t slowed down any of my future releases.”

Who are some artists you look up to and why?

“Prince, Michael Jackson, and Justin Timberlake are the artists I most look up to because they are real musicians. When you hear their music on the radio, you know it’s them. I also love and respect Jay-Z; he’s an incredible artist and businessman. They are the blueprint for me.”

Do you plan to release an album and do you perform live?

“Absolutely, I plan on releasing an album and whenever I’m given the opportunity to hit the stage, I take full advantage of it.”

Nitty Green was successful during his career in RIFF with many singles that became hits, but he went solo to produce his own singles. Even though at the height of the pandemic, it was challenging to produce songs; he did not let it stop him and kept pursuing his passion. His main goal was to make a name for himself outside of RIFF which included the release of his three singles. In 2022, he went even further in his career and paired up with his lifelong friends to create a podcast where his fans can gain a more personal connection with him. Nitty shows us that something so small, like music, can have a great impact on people during an uncertain time. Nitty will continue to make an impact with the release of his singles in 2022 that deliver the positive impact music can offer.

To listen to Nitty Green, you can check out his music on Apple Music, Spotify, Soundcloud, or Youtube. Also, check out his Instagram @nittygreen.

Betty White Left Us More Than Just Her Legacy in the...