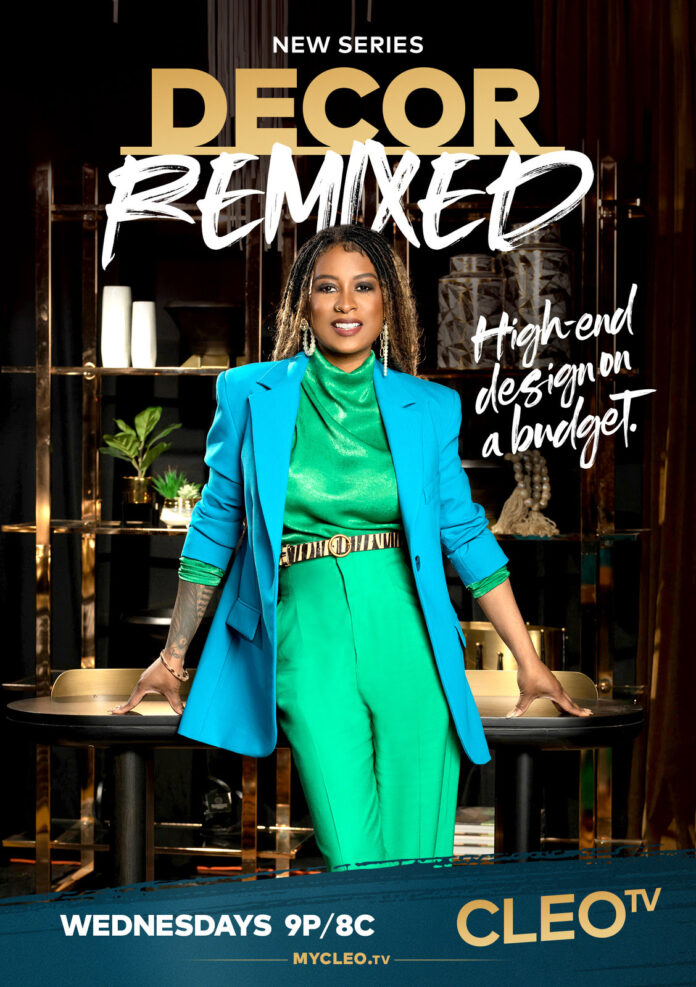 CLEO TV’s new lifestyle series, Decor Remixed, continued on Wednesday, June 1 at 9 p.m./8C. Hosted by interior designer Dominique Calhoun, the hot new show shines a spotlight on the art of decorating and transforming dull spaces into new, fresh and innovative environments. Dominique meets with first-time homeowner Tom, to transform his new home into a personal sanctuary. The freshly constructed home is already eye-catching, creating a challenge for Dominique to take it to the next level. Afterward, she decides to show Dre her appreciation by creating a special gift for him.

Catch all the fun at 9 p.m./8C. Decor Remixed follows interior designer Dominique Calhoun, principal at Remix Living, as she takes on clients who have yet to realize their space’s full potential. Her philosophy is to make “high impact design accessible to everyone” on a reasonable budget. In each episode, Dominique Calhoun and her network of makers and artisans get creative to deliver a space beyond the clients’ wildest expectations. She adds a personal touch to each design job-based in Philadelphia by incorporating custom pieces from the iconic city’s artisan community. No project is ever the same, but they will always find a way to accomplish their goals regardless of how impossible the project may seem.

Watch a clip from the episode here.

CLEO TV’s New Soul Kitchen Remix is back with the second half of season two, which premiered on June 1 at 9:30 P.M. EST/8:30C on CLEO TV. Chef Jernard Wells is back with the remix, as he serves up international cuisine in the series’ condensed, 30-minute format. This week, viewers will see how to make food for the gram!

Chef Jernard shows us how to make vibrant, feel-good food! He cooks up striped bass with a caper and honey mustard dill sauce. The tasty meal is served with sauteed green beans on the side.

New Soul Kitchen Remix is an unscripted cooking series with Chef Jernard Wells. Each week, Chef Jernard shows viewers how to create unique cuisine in 30 minutes or less! With a wife of 16 years and nine children, Jernard has deemed himself “The Chef of Love.” He believes food and love go hand in hand and wants everyone to know how easy cooking can be, and how much excitement it can add to your life. As an executive chef, Jernard has traveled all over the world, including cooking for Tyler Perry, and has published three cookbooks. Jernard loves to infuse any dish with his Southern flavors and a Cajun twist.

To try this delicious recipe, click here and tune in to #NEWSOULKITCHENREMIX.

Watch a clip from the episode here.