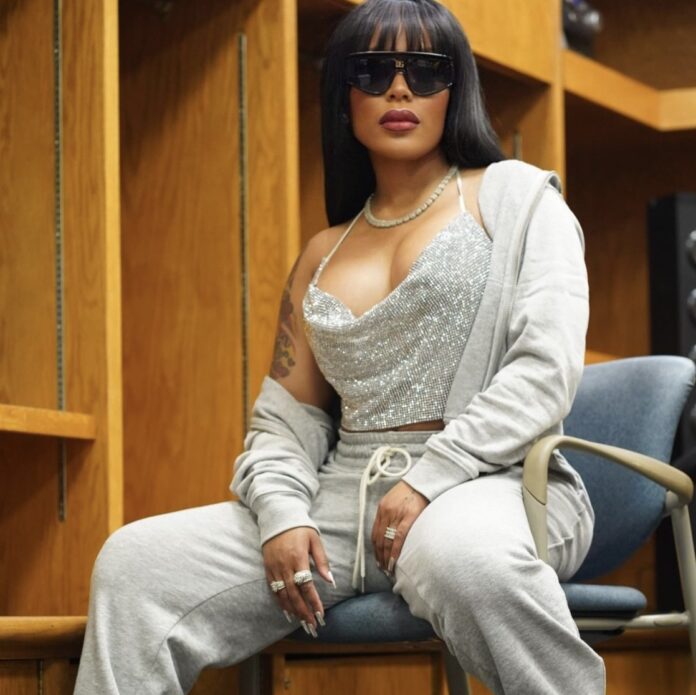 K. Michelle takes her music career to the next level when she takes over the #1 spot on the Billboard and Mediabase Adult radio charts with her single “Scooch.” Produced by Lil Ronnie, this single debuted in February and has made its way up the charts.

“Scooch” has been played on radios across the country, such as in cities like Atlanta, Dallas, Chicago, Houston, and Charlotte. This energetic single has been widespread across all music platforms for fans to blast this single wherever they might be. The single has reached 5M+ streams and views on platforms such as Apple, Spotify, YouTube, and more. “Scooch” will be Michelle’s first single in her sixth and final R&B album. Her next single, “I’m The Problem,” will release this fall.

Before her banger single “Scooch,” Michelle released her debut album, “Rebellious Soul,” which reached number two on the Billboard 200 and number 1 on the US Top R&B/Hip-Hop Albums charts. Her second album, “Anybody Want To Buy A Heart?” was released in 2014, and then released her third album, “More Issues Than Vogue,” two years later in 2016. Her two following albums were “The People I Used To Know,” which made it onto Billboard charts, and “All Monsters Are Human.”

Michelle has received four BET Awards nominations for her talent and impact within the music industry. She has won a Soul Train Music Award, NAACP Image Award, and an ASCAP Women Behind the Music Award.

Check out the music video for “Scooch” below!