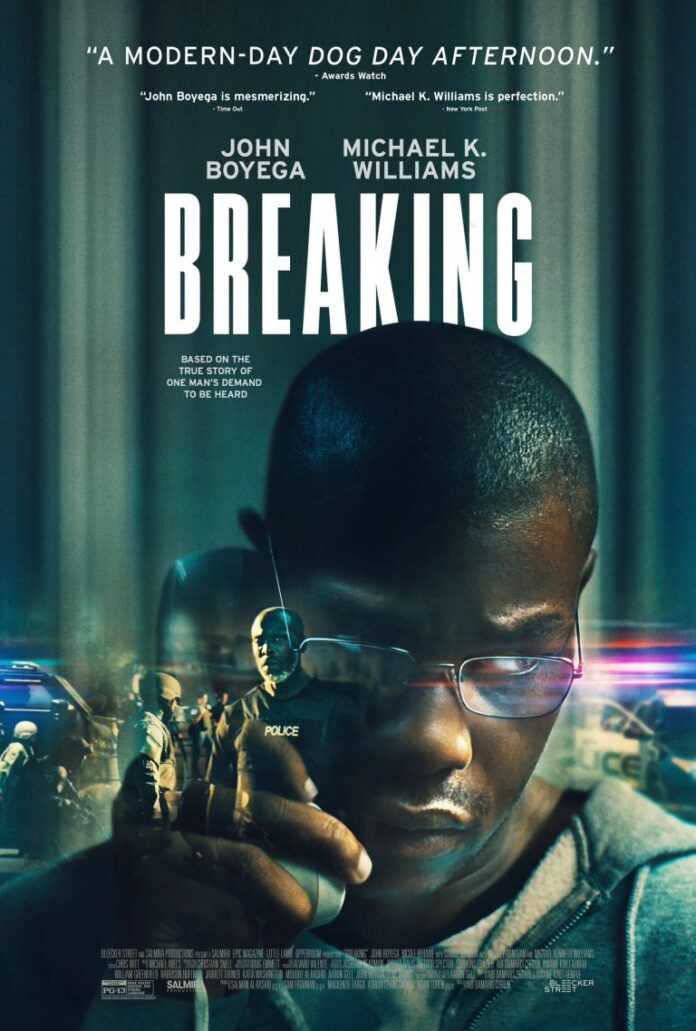 Bleecker Street Films has just revealed its highly anticipated trailer for the movie, “Breaking,” directed by Abi Damaris Corbin. Coming on August 26th, this movie is action-packed and something you won’t miss on the big screen.

The cast list is one of a kind, featuring John Boyega, Nicole Beharie, Connie Britton, Selenis Leyva, Jeffrey Donovan, and Michael K. Williams. After watching this intense trailer, you will not be able to wait until August to see this in a theater. Once you watch this trailer, it will gravitate you into this film, wanting to learn more and keep you on your toes.

“Breaking” is based on a true story involving a marine veteran, Brian Brown-Easley, played by John Boyega. Easley is denied support from Veterans Affairs and is financially desperate, looking for options to help with his financial issues. He takes a bank’s several employees and holds them hostage to get the money he needs. Even though Easley believes he could get away with his actions, there soon becomes a confrontation with the police.

Actor John Boyega is perfect for this role in that he has played in multiple well-known movies  such as “Star Wars: The Force Awakens,” “Detroit,” and “The Circle.” He also played in the drama series “Small Axe.” With his acclaimed performances, Boyega has received multiple awards for his work, and he won the BAFTA Rising Star Award in 2016. In 2021, he received a Golden Globe Award for Best Supporting Actor Series, Miniseries, or Motion Picture for TV for “Small Axe.”