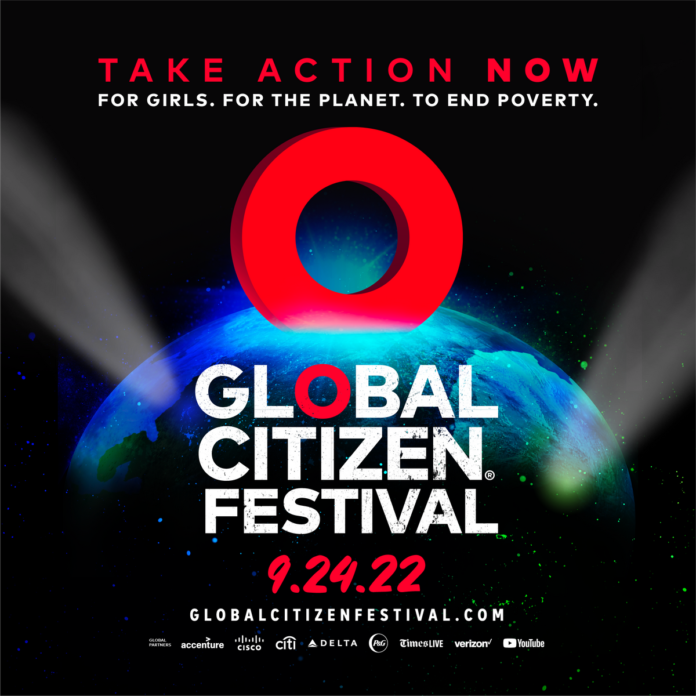 These artists will join Global Citizen to call on world leaders, major corporations, and foundations to do four things. First, the world needs to empower women and girls and invest $600 million into girls’ education, sexual and reproductive health, and economic empowerment. Second, we must take climate action to close the annual $10 billion climate financing shortfall. Third, leaders must do their part to alleviate the global food crisis and provide $500 million to help African farmers respond to the global food crisis. Finally, global citizens everywhere must deploy financing to provide urgent relief from crushing debts.

In the last two years, more than 47 million women and girls have been pushed back into extreme poverty, and the pandemic has forced millions of girls out of the classroom and into unpaid care work.

The US, UK, the European Commission, France, Germany, and Italy can change this by pledging $600 million in financial support towards UNFPA, Education Cannot Wait, and the Child Care Incentive Fund launched this year by the White House. This will support new policies addressing the expansion of paid parental leave including obligatory paternity leave and access to contraception and education.

Africa accounts for just 3 to 4 percent of global emissions, yet finds itself on the frontlines of the effects of climate change. Extreme temperatures and droughts, such as those in Somalia, threaten to make a mockery of our attempts to end extreme poverty and protect the planet. African countries and businesses stand ready to invest in green jobs and infrastructure, but they need genuine partnership to deliver.

Having not contributed to the problem, it is unjust to expect that Africa shifts to renewable and clean energy without support from the wealthiest countries, who have indeed industrialized using fossil fuels over the past 150 years. Rich countries like Germany, Italy, the US, Canada, and Australia must fulfill the promise that was meant to be delivered by 2020 and close the annual $10 billion shortfall.

Africa is currently experiencing horrific food shortages as a result of Russia’s unjust invasion of Ukraine. Yet the continent has enough arable land to feed the world, let alone its own citizens.

Germany, the UK, the European Commission, Denmark, Norway, Sweden, and Belgium need to band together and provide funding to agencies like the International Fund for Agricultural Development (IFAD), the Global Agriculture and Food Security Program, and CGIAR to urgently equip farmers with the resources they need. Failure to do so NOW will make the present hunger crisis far worse over the coming year, as food supplies diminish and prices soar even higher.

Together, we can meet the total goal of reallocating $100 billion in IMF Special Drawing Rights (SDRs) by making up the $40 billion shortfall. SDRs are a type of reserve asset mostly sitting unused by the world’s wealthiest countries. These rights can immediately provide new and affordable financing relief for countries at high risk of financial and debt distress.

There are 69 eligible low-income countries that stand to benefit from the reallocation of SDRs, many of which are in Africa. During the pandemic, many of these governments spent more on debt repayments than on education, health, and social protection benefits combined. This funding is needed NOW to ensure governments have what they need to invest in strengthening health systems and pandemic preparedness, and the nutrition, welfare, and education of their citizens. Denmark, Norway, Ireland, Belgium, Sweden, Luxembourg, Austria, Portugal, Korea, and Sweden can transfer their Special Drawing Rights to the developing countries that desperately need them right now.

Global Citizen is also publicly supported by over 20 world leaders, 49 policy partners, and 30 leading media companies. Those numbers will continue to grow as the world unites together to support all its global citizens.

Throughout the campaign, Global Citizen will continue to defend and promote advocacy, ensuring marginalized voices are heard and leaders are held accountable to deliver on their promises. Global Citizen will elevate citizens’ voices, especially from the Global South; defend the right of anyone to speak freely, dissent, and organize without fear of reprisals or violence; and call on corporations to refrain from using litigation to silence activists on the frontline.

Be sure to attend the 10th Annual Global Citizen Festival on September 24! Tickets to the festivals are free and can be earned by downloading the Global Citizen app or visiting www.globalcitizen.org to take action on the campaign’s issues.

If you can’t attend in person, the festival will be broadcast and streamed on ABC, ABC News Live, FX, Hulu, iHeartRadio, TimesLIVE, Twitter, YouTube, and more. ABC News Live’s broadcast will air on Saturday, September 24, and a primetime special, Global Citizen Festival: Take Action NOW, will air on ABC on Sunday, September 25 at 7:00 pm ET / 6:00 pm CT. Additional tune-in details to follow in the coming weeks!