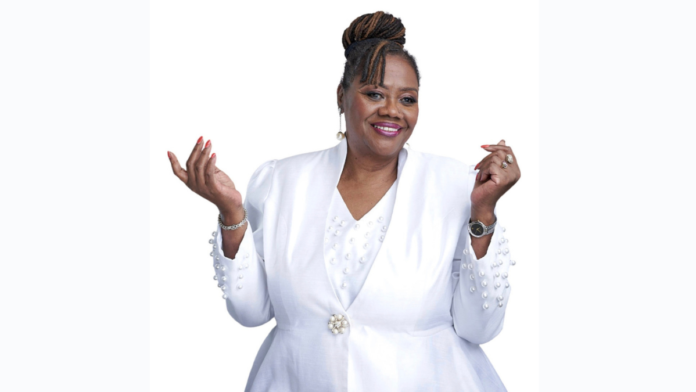 Dr. Jacqueline King has created a Network called Black Women Empowered (BWE). For those who are struggling with domestic abuse/violence and or mental illness. Part of BWE is a non-profit called Black Women Empowered Safe Haven, which offers resources and support 24/7. Dr. King has impacted women and men through her organization, from her huge following and inspiration, let’s explore how she got started.

Dr. King was born in North Carolina and lives in Indiana. She majored in Business Administration in college and worked for an electric company for 25+ years. After her retirement, she created BWE and drew inspiration after watching Black Girls Rock on BET ten years ago.

What inspiration did you take from ‘Black Girls Rock’ that inspired this Non-Profit?

After watching Black Girls Rock, I notice all the excitement on Facebook; I believe God spoke to me and said what happens after the show… Do Black Girls still Rock?

That’s when I started the Black Women Empowered Facebook Group with just over 200 women and that group today still exists with over 200,000 women. I love the excitement that comes from Black and Brown women believing in themselves, loving and supporting one another, and collaborating to help each other grow. Most important to me is putting God first in everything.

What are some great business marketing strategies you’ve used to gain such a large following?

There is really no magic to the large following. I believe this is my God-given purpose and God allowed me to connect with the right people to empower our audience Spiritually, Personally, and Professionally.

Black Women Empowered is a social media network and organization with over 3 million followers. She began this NonProfit to help homeless and struggling women. Her focus was on veterans who have experienced violence and or mental illness. Dr. King’s goal is to empower women and men to love themselves and support each other. She continues to do that strongly.

Black Women Empowered started off specifically catering to veterans and domestic violence/ mental illness cases. How has it grown since then?

Actually, there are two pieces to Black Women Empowered. The Non Profit is Black Women Empowered Safe Haven. We started out as Black Women Empowered Incorporated, but have since moved all donations and monies collected to our Non-Profit Organization that still focuses on Female Veterans, Mental Illness, Domestic Violence, as well as homeless and struggling women. We have several partnerships in Indiana and we’re looking to open our own house and other programs soon.

Black Women Empowered has several weekly, bi-monthly, and monthly webinars, workshops, and video lectures on topics such as spirituality, entrepreneurship, health and wellness, and motivation.

What type of education, workshops, and webinars do you offer?

Are there any plans for expanding and growing BWE in the future?

I am sure that this Partnership with Dr. Knowles, who is a visionary as well as myself, will allow us to branch off to other areas.

Now Black Women Empowered Network will partner up with Dr. Mathew Knowles, a university lecturer, and businessman. The partnership will be an extension of Dr. King’s BWE network with weekly, bi-monthly, and monthly empowerment sessions on spirituality, entrepreneurship, wealth building, health and wellness, real estate planning, and motivational talks.

Elaborate on your new partnership with Mathew Knowles. Why does this collaboration benefit both of you, specifically Black Women Empowered?

Dr. Knowles and I received our Ph.D.’s from the same Bible College in Fort Wayne Indiana, where we initially met. We reconnected on LinkedIn some years later when I asked him if he’d consider doing an empowerment program for my network. He agreed and began broadcasting “Empowered Fridays with Dr. Knowles”. Afterward, he and I both furthered our conversations and partnered on a Business Network.

Dr. Knowles is extremely talented and resourceful when it comes to business, which is evident. He also has had many other successful businesses which include a gospel recording label he has since sold, he is part owner of the WNBA women’s basketball team the “Sky” and of course, Destiny’s Child, just to name a few of his business ventures. Dr. Knowles recognizes the large and faithful following that Black Women Empowered had. We believed that both of us together could elevate BWE to the next level of empowerment. This was beneficial to both parties because it is a paid network where people can get direct mentoring from Dr. Knowles himself and other high-profile people along with other benefits and different levels of membership.

Dr. Knowles will be giving one on one mentorship to a limited amount of members. For more information about BWE please view their site for resources, webinars, workshops, and video lectures.