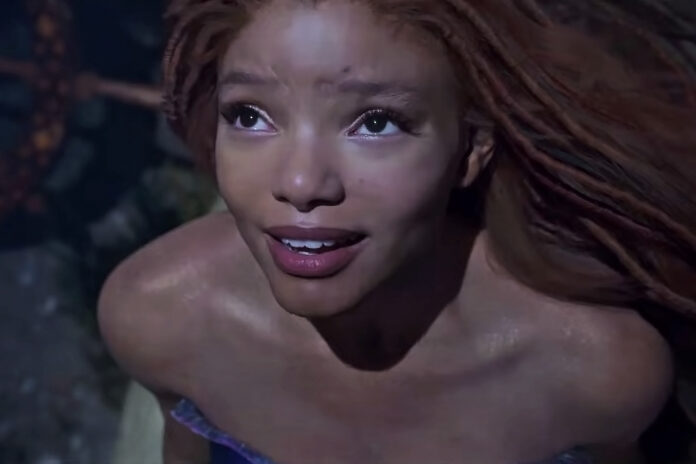 Yesterday (Sept. 9) at Disney’s semi-annual D23 event, the production company unveiled a brand new trailer, starring Halle Bailey, for their forthcoming 2023 live-action Little Mermaid remake. The trailer was also released to the public on the same day, which is understandably causing anticipation and hype about the film to spread.

Halle Bailey shows off her impressive singing chops in the brief trailer by delivering an emotional and powerful rendition of the “Part of Your World.” Melissa McCarthy joins Bailey in the film as the evil Ursula and Javier Bardem play the role of King Trident, Ariel’s overbearing father. Other on-screen and voice actors expected to appear in the film are Hauer-King (Prince Eric), Daveed Diggs (Sebastian), Awkwafina (Scuttle), and Jacob Tremblay (Flounder).

Lauded director Rob Marshall (Into the Woods, Mary Poppins Returns) joins the stacked cast by heading up The Little Mermaid live-action remake. Lin-Manuel Miranda, the composer behind multiple animated movie soundtracks, like Encanto and Moana, has also agreed to write 4 completely original songs for the film.

The movie is scheduled to be released nationwide in theatres on May 23, 2023. Check out the new trailer below and visit the film’s IMDB page to learn more.