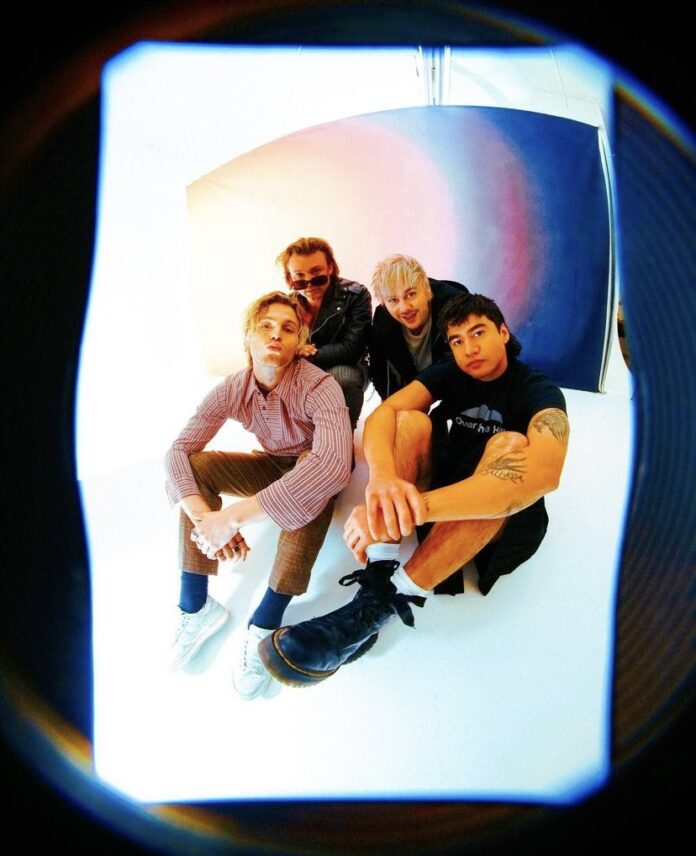 ( ENSPIRE Entertainment ) The Australian Pop Sensation is Dropping Their New Album 5SOS5 on Sept. 23 Two Years After Their Album CALM

Calum, Ashton, Luke, and Michael formed the band back in 2011 in Sydney, New South Wales, Australia. They grew to fame quickly after former One Direction member, Louis Tomlinson, found a video they posted to YouTube singing, Teenage Dirty Bag by Wheatus in 2012.

A year later, they went on their first stadium tour opening for One Direction on their Take Me Home Tour. The band landed a record deal with Sony and Universal Music Group; they are now under BMG. Their first single She Looks So Perfect was released in Feb. of 2014 and after 5-weeks on the billboard chart it hit No.1.

The first two singles of the new album are COMPLETE MESS and Take My Hand. The four members wrote and produced entirely on their own. Luke Hemmings described the album’s lyrical content as “extremely introspective.”

Luke Hemmings, the lead singer, told People Magazine that after 10 years together this album shows their relationship is “stronger than ever”.

“It shows a lot of hope for this band sticking around for as long as we can. Hopefully, it shows that we’re trying to just connect with people even after we’ve just finished touring the UK and Europe — and the kind of power that an art form can hold is something that we take very seriously. We put a lot of heart and soul into these in hopes that we connect with as many people as we can in a positive way,” said Hemmings to People in May.

The album contains 14 tracks on the regular version and 19 on the deluxe. The track list includes COMPLETE MESS, Take My Hand, Me, Myself, I, BLENDER, and Older.