The bosses are in Brooklyn in the newest episode of CLEO TV’s Boss Girl’s Guide. The show follows the “boss” lives of four powerful and influential entrepreneurs. Boss Girl’s Guide enters A Day in the Life of Dutchess Lattimore, Kéla Walker, Jamira “Cuban Link” Haines, and Tiffany Battle. Since their lives can be busy, viewers are shown how the girls find balance. Boss Girl’s Guide introduces the everyday side of four extraordinary women.

In the most recent episode, Kéla Walker takes viewers to some of her favorite food spots in Brooklyn. The first is The Crabby Shack where it’s all about seafood! After, she sweetens it up at Créme and Cocoa Creamery to sample ice cream with a Caribbean flavor. Both locations are Black-owned and bring talent and variety to their communities.

The Crabby Shack appeared on CNBC’s The Profit, where the owners Fifi and Gwen tell their success story. Further, The Crabby Shack even has a location in the Barclay’s Center, where the menu includes their signature Old Bay fries and the Clobster Roll. Créme and Cocoa Creamery is known for rethinking Caribbean flavor. Its menu includes flavors sorrel, soursop, passion fruit, and papaya, all of which are common on the islands.

Already, some may be familiar with the Girls’ names. First, Kéla Walker is a well-known style influencer and media maven. She hosts That’s So New York. Dutchess Lattimore, more commonly known as “The Dutchess of Ink,” has been featured on Black Ink Crew. Jamira “Cuban Link” Haines is an Instagram model and influencer. Aside from being 50 Cent’s partner, she is also a fitness trainer and entrepreneur who owns the brand Cuban Fit. Lastly, Tiffany Battle is another influencer and the founder of The Werk! Place. Despite having many accomplishment on their own, these four ladies are unstoppable when together. 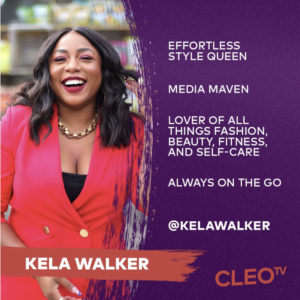 Powerhouse Productions is the producer of Boss Girl’s Guide. Rochelle Brown and Sonia Armstead serve there as executive producers. For TV One, Austyn Biggers is the SVP of Programming and Jason Ryan is the Executive Producer in Charge of Production.