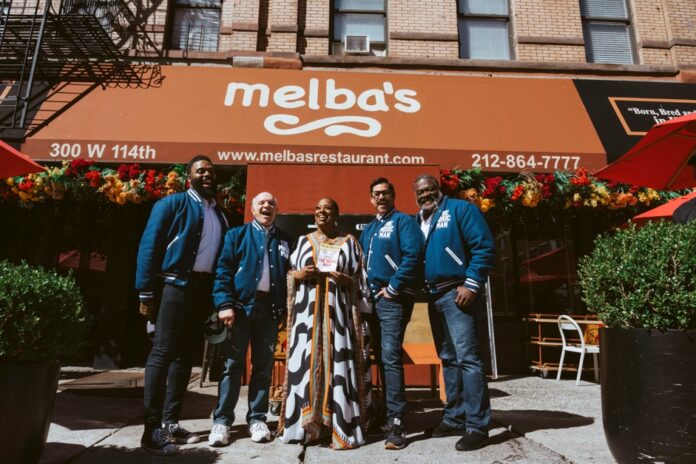 The Barbershop Quartet from the Broadway show “The Music Man” visited Melba’s Restaurant in Harlem on September 28th to get a taste of the sundae named just after their musical: “Melba’s Music Man Sundae.” Chef Melba Wilson surprised them with the dessert after serving them several other signature dishes: Chicken and Waffles, Catfish Strips, and Mac & Cheese.

The Barbershop Quartet, made up of Phillip Boykin, Eddie Korbich, Daniel Torres, and Nicholas Ward, are famous for their part in the acclaimed Broadway musical “The Music Man.” The colorful, energetic production currently stars Hugh Jackman and has won several Tony awards over the course of its decades-long run. The four members, clad in blue “The Music Man” jackets, were all smiles as they sampled Melba Wilson’s iconic menu. 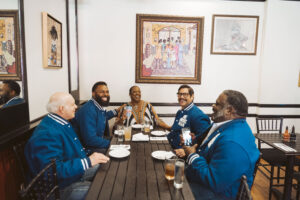 Chef Melba Wilson opened Melba’s Restaurant in 2005. Being a Harlem native, Wilson wanted to share the comfort food she was raised on with the rest of New York City. She has become a well-known staple for dining in NYC. Wilson is no stranger to the entertainment world herself; Her Southern Fried Chicken & Eggnog Waffles were featured as a winner on “THROWDOWN! with Bobby Flay.”

The sundae comes just before the musical holds its final performance on January 1st, 2023. Apparently, the quartet loved the sundae enough to sing about it! The Quartet did an improvised rendition of “Ice Cream,” much to Wilson’s delight. 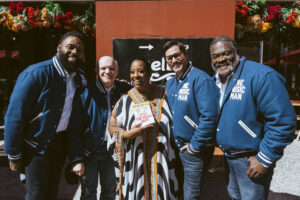 You can try “Melba’s Music Man Sundae” yourself, but be quick – it’s only available until October 14th, 2022. Even better yet, anyone who purchases a sundae will be automatically entered into a raffle to win two tickets to The Music Man on Broadway. You can also purchase tickets on telecharge.com.