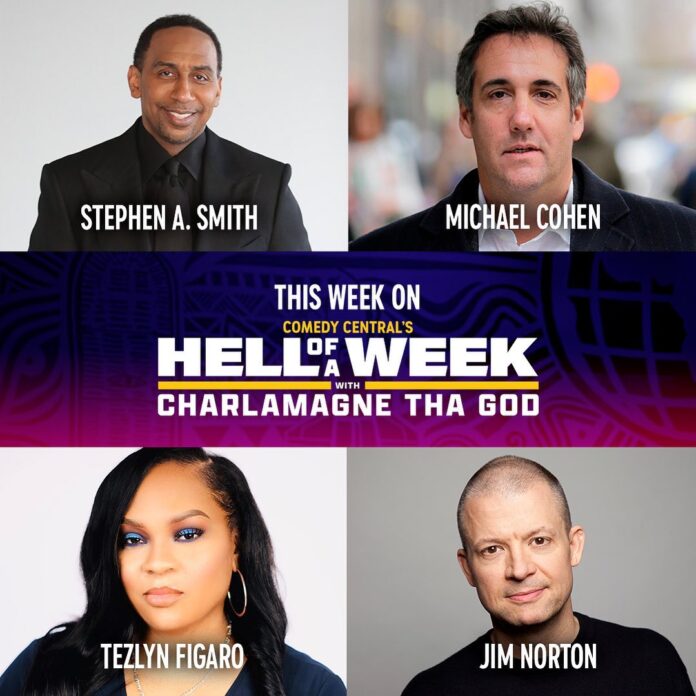 In the last episode of Comedy Central’s Hell of A Week with Charlamagne Tha God, which airs at 11:30/10:30 pm CT on Comedy Central on Thursday nights Charlamagne interviews sports commentator and host of First Take on ESPN Stephen A. Smith. When prompted to discuss his upcoming book “Straight Shooter: A Memoir of Second Chances and First Takes,” Stephen shared that Will Smith could have played him in the movie version of the book but that was pre-Oscars incident. But of course, Stephen would want Will Smith to play him in a movie version. Who do you think should play Stephen A. Smith?

Additional highlights from the show include Charlamagne Tha God and his panel members Michael Cohen, Tezlyn, and Jim Norton discussing Trump’s indictment and the classified information Trump potentially sold to foreign countries. Below are the video clips from this week’s episode.

Nothing is off-limits on this late-night talk show as Lenard “Charlamagne” McKelvey invites unlikely pairings of notable comedians and guests across the political spectrum to debate current events permeating politics and culture.