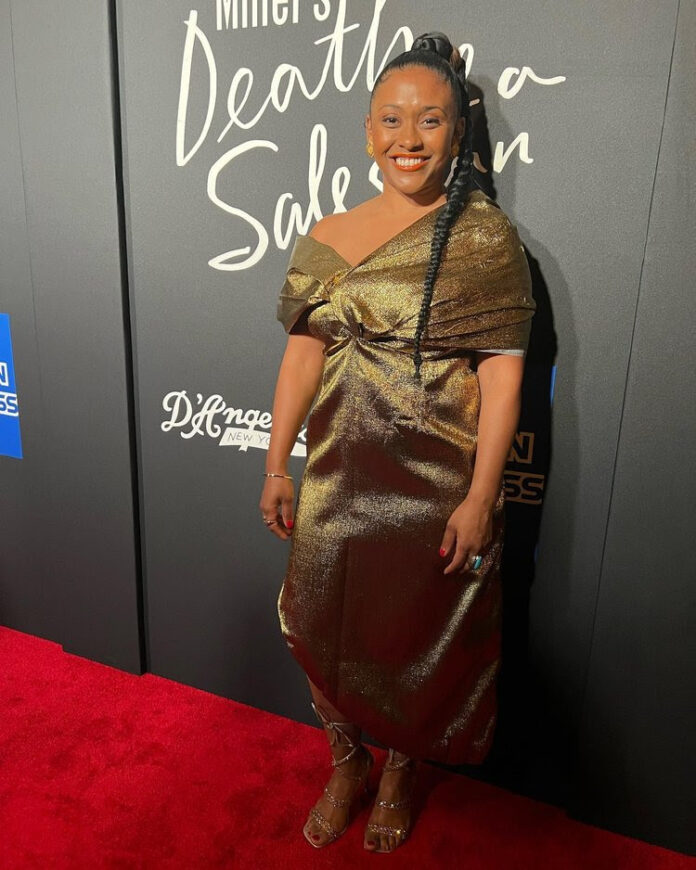 Marjuan Canady is known for her diverse talents as a producer, director, and writer in Heartbreak (2013), The Resort (2015), and How to with Callaloo (2015). Canady made her mark, once again, as co-producer in one of the most iconic plays in America, Death of a Salesman.

Canady said, “I am happy to announce my debut as a Broadway Co-Producer in the production of Death of a Salesman starring Wendell Pierce, Sharon D. Clarke, and Andre DeShields. I am honored to be working on this historic production with such an incredible team. Make sure you head to NYC by January to see this marvelous revival of one of America’s greatest plays of all time.”

She is a first-generation Caribbean-American woman who was born in Washington D.C. She has been in the production field on and off stage for more than 12 years. Death of a Salesman is now showing at the Hudson Theatre until January. During the 2021-2022 inaugural, Canady was selected as Fellow for Front Row Productions Fellowship. Canady has been traveling to New York City, weekly, to attend production classes in the MFA Theatre Management and Producing Program at Columbia University.

Although Canady is busy juggling many jobs in the production field, she still makes time for her little one. She’s also an award-winning artist, entrepreneur, educator, and literacy advocate. She’s known for her work in theater, film, television, children’s media, and literature. Canady is no stranger to the spotlight, whether she’s behind it or in it.