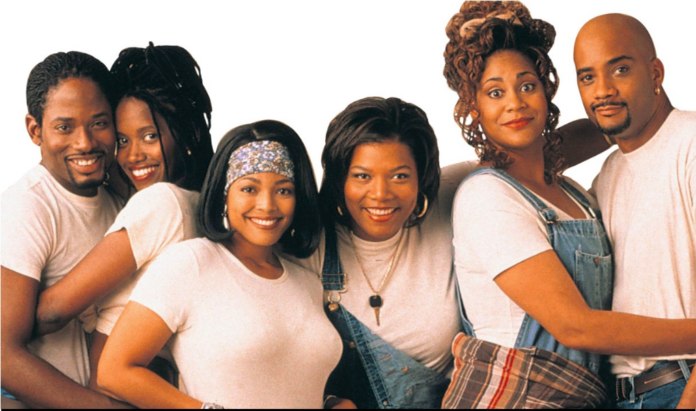 Exactly 22 years ago Living Single aired its final episode, but Kim Fields still keeps in contact with all six of her co-stars. “We have a text thread, just the six of us. And then we have a text thread, the six of us and show creator Yvette Lee Bowser,” “We keep saying the group really just needs to be the reboot,” she jokes. However, Fields’ main concern is whether everyone’s schedules would allow them to put something like this together. “First of all, amen that everybody is busy,” she said. “Everybody’s been very, very busy.”

Fields gave another reason why a Living Single reboot is more complex than it seems. “We recognize how valued the show is.. not was, but is,” she explained. “You can’t just run up and say, ‘Well, let’s just show where they would be now 20 years later, whatever it is, you know. It really is strategic and in creatively scientific terms of what these characters would be now and who they would be and what they would be. And what have they been through, and, you know, all of that.”

“It’s one of those where the perfect storm that happened in the ’90s that put us together at that time and for Yvette,” she said in praise of the show, which ran for five seasons from 1993 to 1998 on Fox. Fields is just as busy as her co-stars, as she is set to premiere her 20-minute short film, Baby Blue, on BET. The short is about a first-time mother who after giving birth to her son, spirals from mild postpartum depression into severe postpartum psychosis.

Fields decided to make this film since she felt postpartum depression wasn’t something that was being discussed enough, especially in the black community. “I’ve certainly known women who have had various rides on the emotional roller coaster during that time and to be able to talk about it, to be able to have a really, really authentic sense of transparency, not just about this, but your overall mental health,” Fields stated of her mission with this movie.

Fields also explained that everyone on set had to be tested before admission. Baby Blue, starring Shaquita Smith and Traci Braxton, premieres Saturday, July 25, on BET as part of Her Stories.

Dear Silicon Valley, Black Women Are Still at the Table