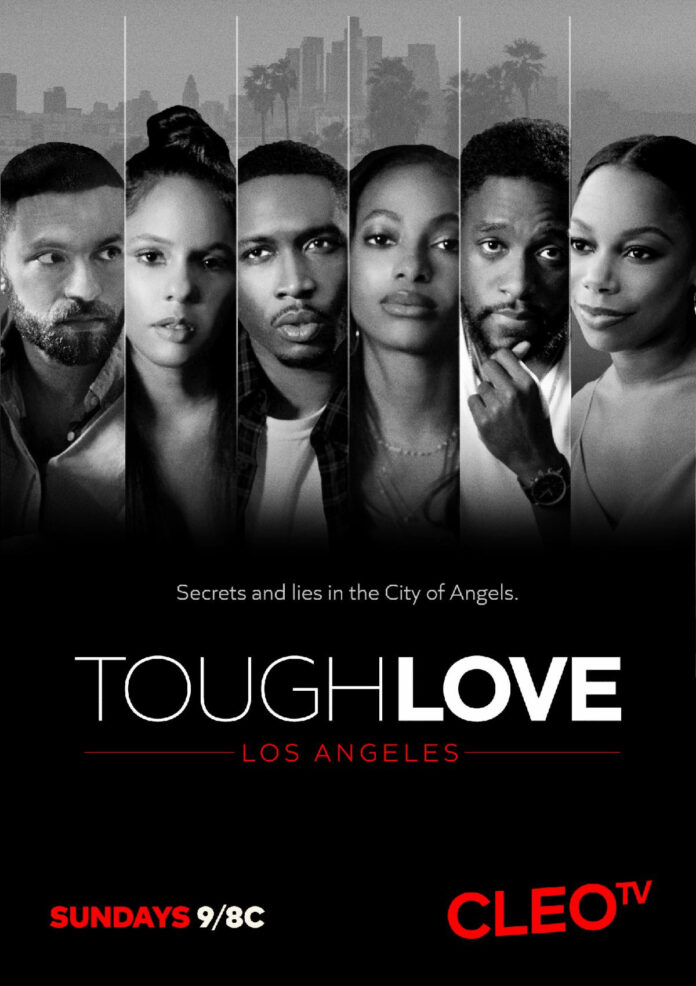 Sibling rivalry rears its ugly head when Rashad and Raymond’s mother triggers a major argument. Things get worse for Rashad when yet another woman puts his relationship with Mya in jeopardy. Story’s romantic prospects are looking bright following an amazing date, but things take a turn when she uncovers a sketchy secret about his relationship status.

Created by Caleb and Roni Davis, Tough Love was nominated for a Daytime Emmy Award in 2017 for Outstanding Digital Daytime Drama Series. The series is produced by Creative Direction Group. Dexter Cole is Senior Vice President of Program Scheduling and Acquisitions for TV One.

For more information about TV One’s upcoming programming, including original movies, visit the network’s companion website at www.tvone.tv. TV One viewers can also join the conversation by connecting via social media on Twitter, Instagram, and Facebook using the hashtags #TOUGHLOVELA and #REPRESENT.

CLEO TV’s New Soul Kitchen goes back in time this week as the chefs share recipes from their childhood with Chef Bren Herrera and Restaurateur, Entrepreneur and Host Chef Jernard Wells this Saturday, December 12 at 9 P.M. ET/8C and 9:30 P.M. ET/8:30C. This episode will give viewers comforting dishes to complete their holiday spread.

Chef Bren takes viewers on a tasteful journey to her home country of Cuba with a traditional Cuban stewed chicken dish, Pollo en Fricassée. Chef Jernard treats viewers to his Momma’s Kitchen Sink Meatloaf with Garlic Roasted Potatoes. Though the holiday season may look a bit different this year, these dishes will be sure to give viewers a true sense of home.

New Soul Kitchen is produced by Powerhouse Productions, with Rochelle Brown and Sonia Armstead serving as Executive Producers. For CLEO TV, Susan Henry and Gold Morgan serve as Executives in Charge of Production; Donyell Kennedy-McCullough is Senior Director of Talent & Casting, and Robyn Greene Arrington is Vice President of Original Programming and Production.