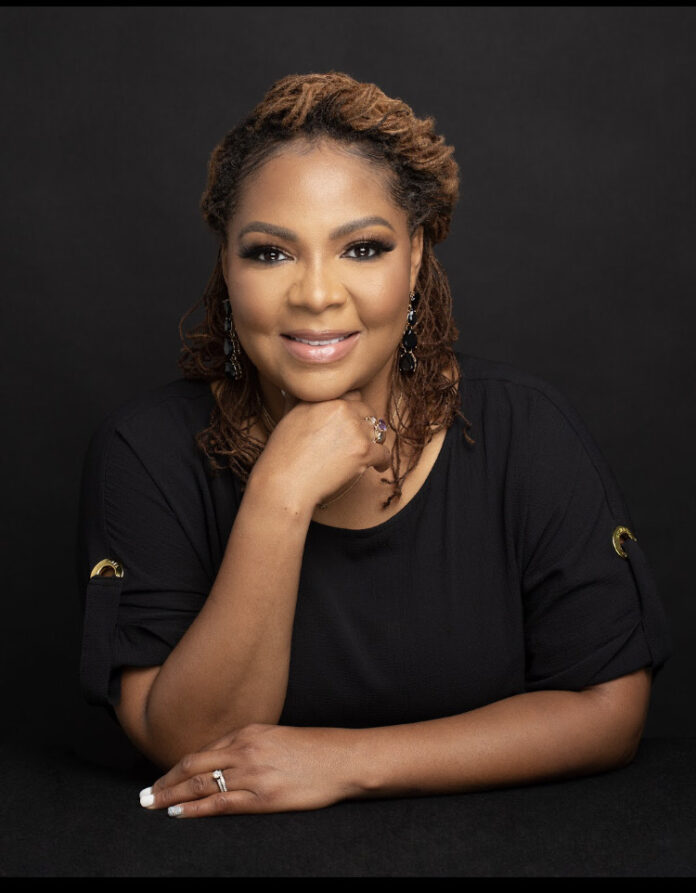 For entrepreneur Tiffany Green-Abdullah, M.Ed., it is not just about where one is going, but taking the time to see where we have been. Author of The Bean Pie: A Remembering of Our Family’s Faith, Fortitude, & Forgiveness, Green-Abdullah explores her ancestral past and reflects on experiences with critical female figures in her life that helped her get to where she is today.

Before receiving recognition for writing her book, Green-Abdullah was known for her company Tiffany Green Consultants, where she has been helping organizations and professionals in K-12 to make industry innovations. As a first-generation student from Chicago, Illinois, Green-Abdullah accomplished many milestones such as earning a Bachelor of Science in Economics and a Masters of Education in Education and Technology from Vanderbilt University. Along with her book and impressive educational background, she also has hosted speaking engagements, workshops, and various education consulting projects.

In Bean Pie, Green-Abdullah describes four generations of women in her family. She describes generations of African American women in her life who dealt with many challenges and worked hard for the future of their children and grandchildren. The book includes her mother, second great aunt, and grandmother. She structured her book by gathering information, such as lessons and stories, from these inspirational women in her life that have impacted her journey through life until this day.

In her book, Tiffany Green-Abdullah shares crucial lessons she and her family have learned from following an original family recipe for a bean pie that came from her second Great Aunt, Daisy. She opens up the book about her great aunt, who was living as an African American girl in Alabama in 1910. Green-Abdullah describes her aunt’s journey out of the South and becoming a business owner. The Bean Pie is significant in that she created the first original recipe that has become popular among Black Muslims and is still known today. Even though this might seem like just a recipe for a sweet treat, it has become a staple in Black American Muslim homes for years to celebrate their essential culture. This recipe has been in the family for generations. It has shown the inspiring and touching journey through these families’ timelines that empower families just like them to stay true to their beliefs and dig down to find the spirit to keep moving forward.

Growing up, despite being decades apart from her ancestors, Green-Abdullah could find much in common with them. She learned from these important people and came to understand that many of them went through the same struggles as her growing up. Despite this, they could make their way through, which is the path she followed when confronted with a challenge.

It is sometimes difficult for us to look back on where it started and how our ancestors created the life we have today, but Green-Abdullah can show us the importance of taking a moment to reflect in her inspirational book. By understanding our ancestors’ past, she motivates us to take those lessons and stories and apply them to our lives and the future to come.

What is Tiffany Green-Abdullah’s educational background and how did she become an author?

Tiffany grew up on the southside of Chicago in the Woodlawn community. She attended public school at Wadsworth Elementary and in the 6th grade began catholic school at St. Cyril. She attended St. Ignatius College Prep for high school through the Link Unlimited program which matched her with a benefactor who paid her tuition as long as she kept her grades up and completed the other activities required by Link Unlimited which has been in existence for over 50 years. She became an author after completing a book writing course in the Spring of 2020.

Where did her love for writing derive from?

At the age of 7 Tiffany started journaling which continued into adulthood. Her journals were her entry into writing. She also wrote articles while working in Higher Education. She began writing pieces of what would become her first book 2008 and in 2020 at the onset of the pandemic she began a book writing course with New Degree Press. She published, The Bean Pie: A Remembering of our Family’s Faith, Fortitude, and Forgiveness in January 2022.  Writing allowed Tiffany to express herself when her home life became chaotic.

What are some examples in her books that describe her family’s difficult past that motivated her to learn from their past actions to use in her life?

Tiffany’s Grandmother Shirley suffered from depression and drug addiction. Grandma Shirley’s mother, Bessie, died when she was three years old. Tiffany wrote about her Grandmother to reframe for herself and for her mother, the meaning of her Grandmother’s life and how her challenges impacted her and the rest of her family. Tiffany felt shame about the drug addiction of her Grandmother but through the process of researching Grandma Shirley’s upbringing as a bereaved child, she learned that there is a permanent and long term impact of losing a parent at such an early age.Tiffany was raped at the age of 18 right before leaving for college. She did not let that stop her and she moved to Nashville to attend Vanderbilt University. It was not until years later in therapy that she dealt with the trauma of that assault and how it made her stronger.

What are some major themes in the book that inform readers about the challenges Black American Muslim families had to overcome living in the United States?

The themes in this book speak about the challenges of Black American family’s that can resonate with any family. The Bean Pie, A Remembering is a multi-generational memoir. What the readers can expect is a moving, provocative, and empowering story of four generations of women having to confront issues of gender, race, religion, mental illness, and the healing power of love, revealing how we turned our pain into power.  The challenges were different in each generation but it was their faith and fortitude that really helped them through the struggles to see their family still growing from 1910 at the opening to 2021.The theme of spirituality and its importance in overcoming trauma is a major theme in book for any family. The theme of migration is throughout the book as a way to find stability and flee from troubled environments.The theme of love as a healing force is throughout the book but particularly in chapters 8-12.

Has Green-Abdullah written any other books about her ancestors that have become popular like Bean Pie?

The Bean Pie was her first book but she is working on serial content and beginning more research going further back into her family as well as on her father’s side.

How has Green–Abdullah stayed true to her culture despite growing up in the United States and possibly being influenced by her surroundings?

As a African-American woman, Green-Abdullah continues to grow in her own cultural understanding of who she is through examining her roots. She did an African Ancestry DNA test in 2021 and learned that her origins are from Senegal, Sierra Leone, and Guinea Bissau so her cultural knowledge is transforming to understand that her true culture expands before and beyond the United States. Many of the personality traits and inner strength come from her ancestors.

How does she meet her readers and communicate with them? Does she host book signings or book talks around the country for her readers to attend?

Tiffany is open to speaking in person and virtually to individuals and groups about her book. She vends at different entrepreneurial and author events where she also sells the bean pie and the Bean Pie book.  She will be planning a book signing in Atlanta and Opelika AL but has participated in events in Chicago.Readers can reach out to her on Instagram at @tiffanygreenabdullah and @thebeanpiebook. They can also email her at author@thebeanpie.com.

Tiffany Green-Abdullah’s research of learning about her past was refreshing and exciting because she learned about the stories of significant figures in her life and applied them to her own journey. She learned from her own mistakes, fears, and grief and the ones of her ancestors to move forward through life with a new and changed mindset. Her mother, aunt, and grandmother might have lived in different generations and times, but they all shared similar experiences with race, gender, religion, and mental illnesses. Green-Abdullah uses this book to empower and show people ‌they can take the pain they have suffered through and turn it into something extraordinary to motivate others.

To learn more about Tiffany Green-Abdullah and her career, you can visit her Instagram @tiffanygreenabudullah or her website, https://www.tiffanygreenabdullah.com/.