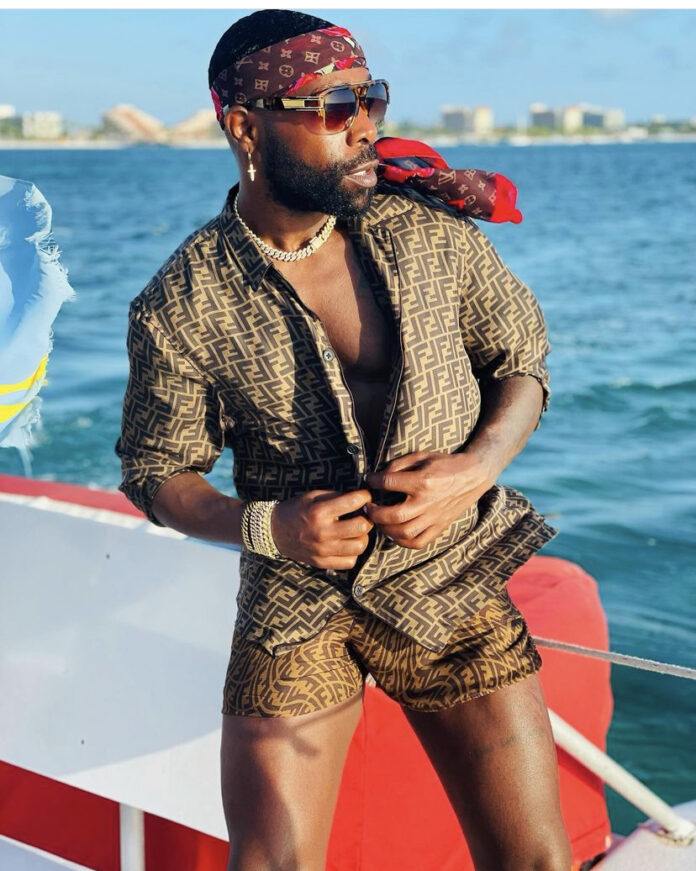 Lunden Olin, also known as Looks By Lunden, has become an internationally recognized celebrity wardrobe stylist after starting his career in 2005. Coming from Brooklyn, New York, Olin has considerable expertise as a director, personal shopper, and influencer. Olin has expanded his fashion career over the past 17 years through his work. He is known as New York’s leading wardrobe stylist and fashion innovator, receiving immense attention from the millennial generation.

Olin first started his career in 2005 at the New York Fashion Week. There, Olin debuted his eclectic-metropolitan collection known as “Olin Edizione.” After this debut, Olin began to receive a tremendous amount of attention on social media and now has stapled his tagline “Looks By Lunden.” He also worked with many networks and magazines such as Buzzfeed, TMZ, Life & Style, and Sheen Magazine. Along with these outlets, he also was featured in Essence Magazine and The Shaderoom.

As Olin’s career progressed, he began to expand his portfolio by working with celebrity clients such as Lil Nas,​​ Reginae Carter, Fivio Foreign, and many others. With these clients, Olin continues to build his industry through networking and receiving referrals from clients. Through his popularity as a stylist, Olin was asked to walk the red carpet for the “Free Guy” movie screening, Harlem Fashion Week, and Scream the movie. He also was featured on the podcast Talk You Sh*t podcast, The Block Party Podcast, and made a guest appearance on the Wendy Williams Show. Along with his styling abilities, he revealed his creative director abilities and directed his first music video.

ENSPIRE Magazine spoke with Lunden to learn more about what interested him in styling, some challenges and benefits as a stylist, and some ways he helps the community with his career:

“Honestly, I designed women’s wear and men’s wear, and because I’m a Cancer, when I had a bad breakup in my 20s, I wanted nothing to do with fashion for a while because we worked together, but once I got over that, relationship, I started a new chapter instead of designing I started to style and fell in love with it ever since.”

What do you love most about being a stylist, and what are some challenges?

“I love that I can style any size or shape. That I can make people feel comfortable or attractive in their clothing. Some challenges are just regular entrepreneurs’ stress, some weeks great, some weeks quiet, but as long as you don’t give up on what you love, you will never feel like you are working.”

What are some methods and ideas you use while styling an outfit?

“Each time is different because each client is different, So what works for some might not work for others. And if you ask me, you either have it, or you don’t as a stylist.”

How have you used your career as a stylist to help with philanthropy events and underserved communities in New York?

“I love to give back to the community as much as possible. I normally do coat drives, food drives, and mentoring and speaking in elementary and high schools whenever I get the chance.”

You styled for our first celebrity cover feature with Monifah and so many others. What has been your experience styling for photoshoots and music videos? Which do you prefer?

“The Monifah shoot was amazing. I had so much fun. Honestly, it depends on the client because I had some fun shoots, and video shoots just depend on the structure, the location, and how many people are on set that comes into play.”

What are some of your favorite clothing brands and which ones do you use the most when styling a client?

Could you discuss your latest stylist project?

“My last project was styling Lil Kim for “biggies birthday press day” I got the call the day before and had 24 hours to get four different looks together one for Empire State Building press event, and three for performing for the Pepsi and Lexus event did I mention I didn’t get a chance to measure or meet her before this. And we only had 2 hours to do fittings, hair, and makeup, and styling for the whole day because each event was back to back. And that shows you never know what your day will be like as a stylist, so you always have to be ready and never stop reaching for your goals.”

Through his creative talent, Lunden Olin is expressing his identity and love for fashion throughout his career. In a short ‌time, Olin is making an impact on the fashion industry, lifestyle, and brand. Not only has Olin worked with a multitude of celebrities to help design their wardrobe and featured in multiple magazines and in the media, but he also is inspiring people through his passion. Olin has become involved in philanthropy, which has become a big part of who he is and what he stands for. He continues to help others and inspire people in his industry to use their talent not only to design collections and release debuts, but also to use it to help others. Currently, Olin is changing his industry and within his community by creating community projects and events to help underprivileged areas around New York City. Olin is using his passion for fashion and helping others through philanthropy events and projects to leave a strong imprint during his career and on the lives of others.

To learn more about Lunden Olin and Looks By Lunden, check out his Instagram at @looksbylunden and site here.

Shatava Lindsey – Stylist and Designer Makes Waves in the Fashion...