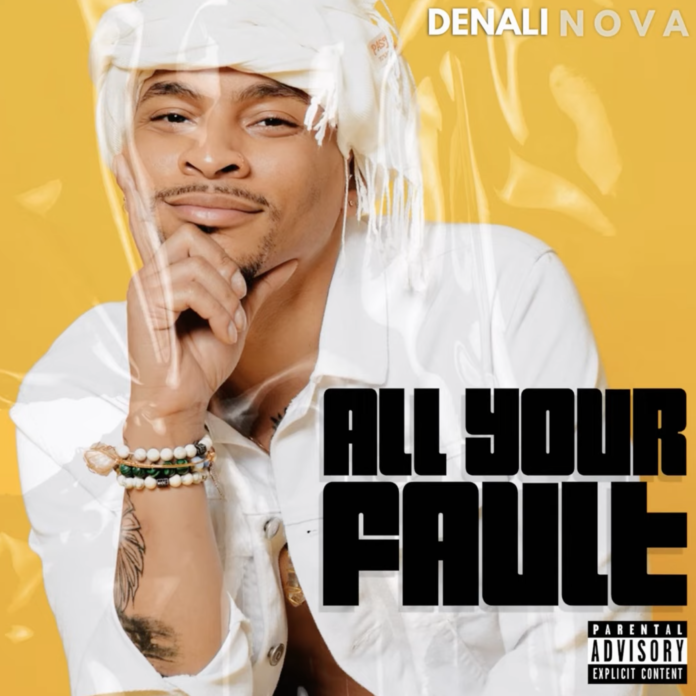 Rising star Denali Nova is back and better than ever with the release of his latest single “All Your Fault”. The Brooklyn, NY native, always had a love for music but his passion grew as a kid studying dance. He would listen to some of his favorite artists, including Toni Braxton, Brandy, Usher, and *NSYNC who clearly made a lifelong impression on him as a performer. As a teen, he would study music at Talent Unlimited High School, which truly opened up his eyes as a performer. Studying music theory as a vocal major truly helped him to develop as a singer. Within time, as he continued to work on his craft, it became clear that he was destined to be an entertainer.

After graduating, he would join a group just like the boy bands he studied, but after some time, this triple threat was ready to be a star all on his own. Denali took his talents to Atlanta where he would work with producers Orlando Williamson and the legendary Teddy Bishop which helped him over the years to perfect his gift as a singer and songwriter like some of his inspirations Babyface, James Fauntleroy, Claude Kelly, and Victoria Monet. Within time, he passed on deals or some didn’t pan out as expected, but his passion for music never faded as he continued on his journey in entertainment.

Over the years, Denali has played the behind-the-scenes role of working with some of your favorite artists, including one of his inspirations, Brandy. Over time, it became apparent that his gift for vocal production & writing would give him his signature sound, so it only made sense for him to get back in the studio during the pandemic to work on his long-awaited project. In 2021, he released his buzz single ‘Pending‘ which gave listeners just a taste of what’s coming from the R&B crooner who was slowly but surely growing his fan base.

Now he’s back with his new single “All Your Fault” as he teams up with producer Manny Manhattan for what is sure to be in heavy rotation this summer. Get into the single which is now available on all music streaming platforms, but trust this won’t be the last you hear from him. He’s currently gearing up to work with Brandy on her new project and new music with Avery Wilson, Gene Noble, Saeed Renaud, and Chrystian Lehr so stay tuned for more greatness to come.