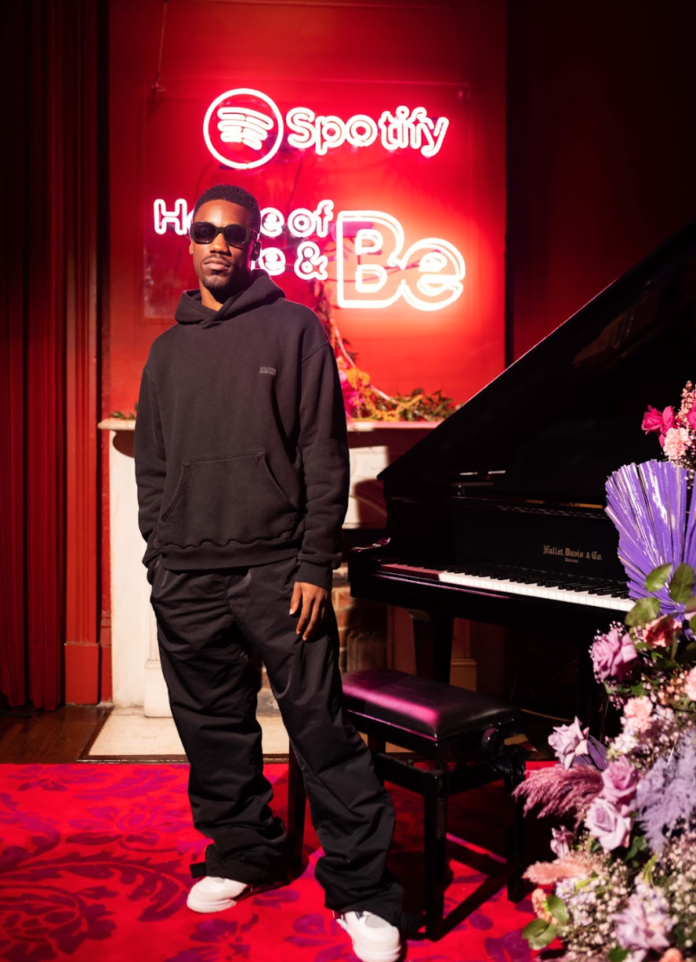 This past Saturday, Spotify’s House of Are & Be returned to New Orleans with its largest lineup to date. As the third annual celebration of Black voices and community, Spotify hosted a full day of programming, including “The Power of Audio Storytelling” panel, an Emerging Artist Showcase, an industry brunch, and a variety of curated experiences.

The day kicked off with the House of Are & Be brunch, which featured the sounds of Mereba performing her hit songs “Sandstorm” and “Black Truck,” while SiR closed out the afternoon with sounds from his new album, including “Satisfaction” and breakout hit “D’Evils.” The crowd included Issa Rae, content creator Elsa Majimbo and rapper/actress KaMillion singing along, front and center.

“I could not be more excited to moderate a discussion on the power of audio storytelling with fellow Black women storytellers at Spotify’s House of Are & Be. This opportunity comes at a time where Black women in particular need safe and dedicated spaces for fellowship with one another and to tell their honest truths to other Black women who uniquely relate to our shared experiences. I could not be more grateful to Spotify for prioritizing these conversations and asking me to facilitate these important discussions this weekend. Plus, it doesn’t hurt to party with a purpose in a magical city like New Orleans!” – Rachel Lindsay

Later that evening, celebrity guests who stopped by to support the Emerging Artist Showcase included Ashanti, Jacquees, Lucky Daye, and actors Jacob Latimore and Kofi. Giveon, who kicked off the night, took to the stage with his breakthrough hit “Like I Want You” and newly released single “Lie Again,” followed by Phabo, who performed “LNF” alongside other yet-to-be-released music. Other artists from the showcase included Ambre, who sang some tracks off her latest album, “3000°,” while Kenyon Dixon also debuted new music, including “Love on Replay” and a surprise duet with rising artist Jade. Lastly, Alex Isley closed out the night with a standing ovation performing hits such as “Good & Plenty” and “Into Orbit.” See the complete set list here.