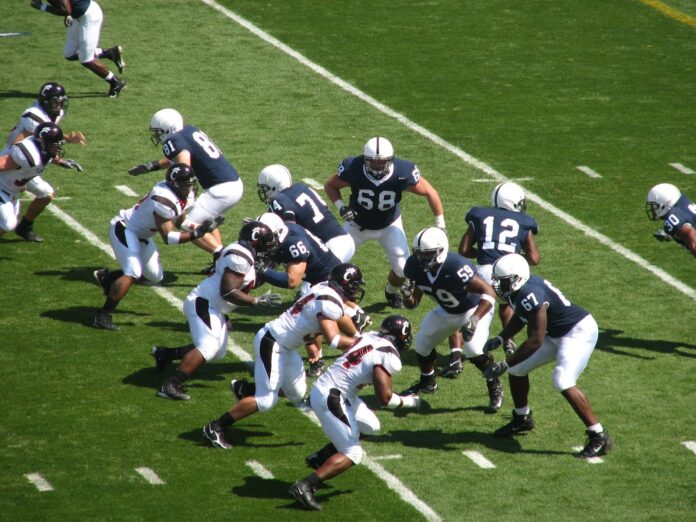 Sports are a great way to inspire fans in their lives. Whether the inspiration is to go to the gym, try to become a better athlete, or just be a better person in general. Oftentimes, NFL odds are impacted by these inspirational moments as well.

Those who make bets on sports often get swayed to put their money on inspirational people, and these moments are great for countless people worldwide. Let’s take a look at some of the most inspiring moments in sports, some of which you could have bet on with Vegas NFL odds and other prop bets.

No-hitters are always fun in the MLB, but Jim Abbott’s might be the most inspirational no-no ever. Born without a right hand, Abbott achieved this feat with the New York Yankees on September 4, 1993.

Abbott had a career 4.25 ERA, 87 wins, and 888 strikeouts. He is the only pitcher in the history of the MLB to throw a no-hitter with only one hand. This moment inspires not only people not born like everybody else but the entire world and shows that anything in life is possible through will and determination.

The 1936 Olympic Games were located in Berlin during one of the scariest times in the world. Adolf Hitler wanted to use these games to show that Nazi Germany was the most powerful nation in the world in all aspects. Jesse Owens, however, had other ideas.

Owens put on a phenomenal showing and inspired countless African Americans during a time in which they were not treated well in America.

This is another story of an African American making big strides in their craft. Jackie Robinson broke the MLB color barrier in 1947; the rest is history.

If you regularly bet on NFL lines in the Superbowl, you probably remember the 2020 Super Bowl between the Kansas City Chiefs and the San Francisco 49ers because history was made. Katie Sowers became the first woman to not only coach in the big game but also the first openly gay coach to do so.

Sowers and the 49ers may have lost the game to Patrick Mahomes and the Chiefs, but she is an inspiration to women who want to work in sports and those in the LGBTQ+ community.

2020 was one of the craziest years in sports due to factors like COVID-19, but the Black Lives Matter movement was seen everywhere in the world of sports. As sports finally returned, athletes used their platforms to express their thoughts.

NASCAR stood in solidarity with Bubba Wallace, the only black driver, and eventually achieved the removal of the Confederate Flag in the sport. The Milwaukee Bucks and the Orlando Magic refused to play game 5 of their playoff series to protest the shooting of Jacob Blake.

Teams across professional sports stood up for the movement, and they inspired those watching to stand for something or fall for anything.

An Olympic Hockey game in 1980 between the US and the Soviet Union became one of the most memorable sporting events of all time. The USSR won four gold medals in a row. Every player on the Soviet Union team was a professional player with years of experience, while America’s team was amateurs, counted out by everyone.

After previously losing to the Soviets 10-3 in an exhibition game, a similar result was expected by the professional team. The crowd of approximately 10,000 witnessed one of the biggest upsets in the world of sports as America won 4-3 and eventually beat Finland to win the gold medal.

They dethroned the Soviet Union during the tensions of the Cold War and showed that underdogs should never be counted out.

Student ACES honors Alumni on Never Give Up Day