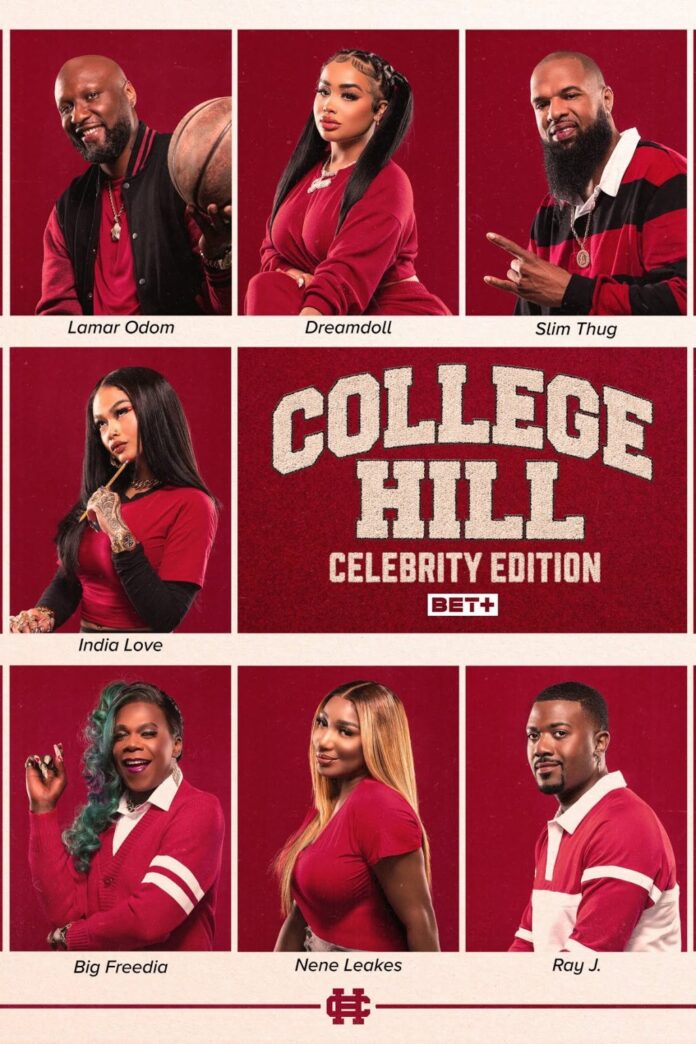 BET+ has done it again with another hit reality series, “College Hill: Celebrity Edition,” starring NBA athletes to rappers going back to school. This series is filled with drama and has taken a new turn from its original series that aired in 2004.

This series will take viewers back into high school with its nostalgic storyline. The original series featured young Black students working hard to achieve their goals at Virginia State University and the University of the Virgin Islands. Now, with the new series, A-list celebrities will be starring in the show, including Lamar Odom, Dreamdoll, Slim Thug, India Love, Big Freedia, Nene Leakes, and Ray J.

In this series, these icons have left their luxurious lives to experience what comes along with the academic culture at historically Black colleges and universities (HBCU). This eight-episode series will showcase these eight celebrities’ focus on education and return to school. They will attend Texas Southern University alongside other college students as they tackle academic requirements such as internships, group projects, and exams.

In Episode 4, “Y’all We Need To Talk About Ray,” the stars deal with academic challenges when midterm grades come their way. One student comes to tears with a challenging biology final, while others go to Houston to take a break from the stress of school. As soon as midterm grades are released, the students are not pleased.

Also, check out the trailer for the series below!

Related Articles: BET+ Original Drama Series “Kingdom Business” Debuts With Premiere Celebration in Hollywood, Watch The Trailer For The Second Season Of All The Queen’s Men On BET+.