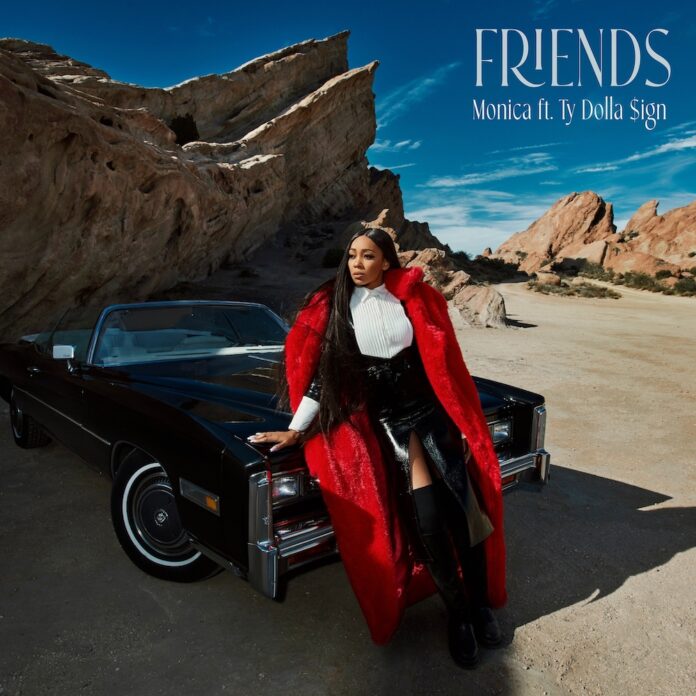 Grammy Award-winning musician Monica is back with a new single “Friends” featuring Ty Dolla $ign. The single was produced by Grammy-winning songwriter and producer Tasha Catour, Lecrae, Jacquees, and Keke Palmer. The single “Friends” reminds the audience of Monica’s past romantic musical endeavors. Her emotions of an unbreakable bond for a special someone swell over the acoustic-lined production accompanied by a hard-hitting bass.

Ty Dolla $ign is as heartfelt as Monica in the single. His verse is explaining to his lady that they must persevere through all the small bumps in the road if they want to grow and progress in their love. The two musician’s voices blend perfectly as one across the guitar strums and bass. Speaking of the new track, Monica says, “Friends is about keeping people in their place and handling your own relationship.”

The single is anticipated to make the tracklist of Trenches, Monica’s first album since her last album Code Red, which came out back in 2015. The new album, expected to arrive this fall, will be released under Monica’s imprint, MonDeenise Music. Throughout the last few years, Monica has devoted her time to recording and working in the studio to complete Trenches with PJ Morton, The Neptunes, Tank, Missy Elliott, Yung Miami of City Girls, and many more.

“Friends” is the latest single from Monica’s upcoming album Trenches, her first since 2005’s Code Red, due this fall via her own label, MonDeenise Music. In August 2020, she released the title track featuring Lil Baby. A music video for “Friends,” which was shot in the middle of the California desert during a sandstorm, is set to debut next week. Additionally, Monica has been recording her first country album Open Roads, executive produced by Brandi Carlile.