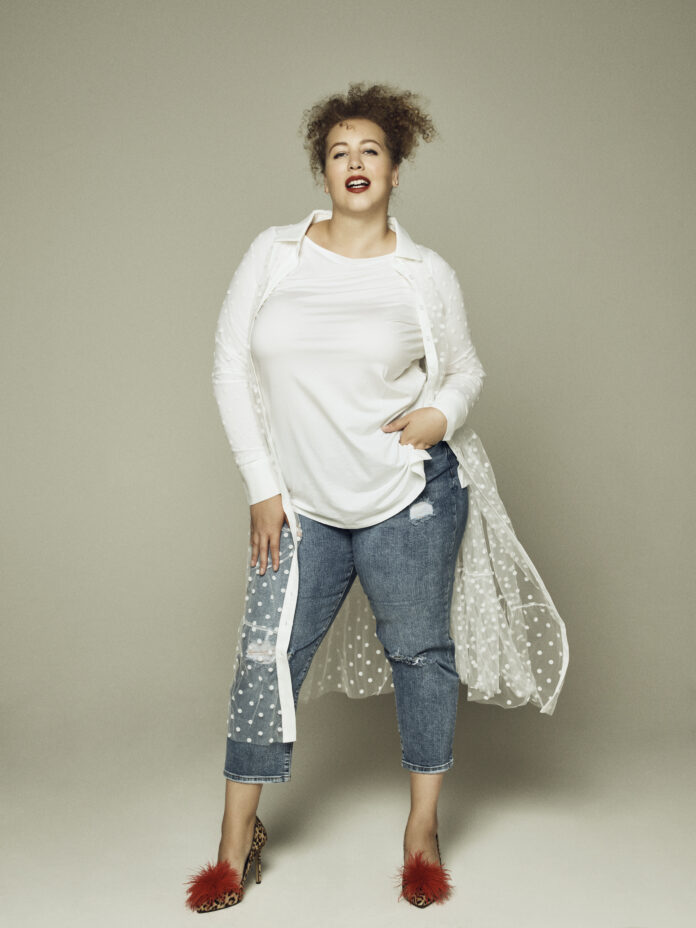 Anastasia Washington is back with more announcements and comedic performances this year. The actress, model, singer, film creator, and comedian has been brewing up new screenings and attendances to many events since the summer of 2022. Look forward to new announcements for October and November. Washington uses her platform to address BIPOC, colorism, and discrimination. Get ready to hear about her comedy performances, her new book release, her one-woman show debut, and her moments on screen.

Humor is the icebreaker she uses to begin hard conversations whenever she performs. This year she attended San Diego Comic-Con in July for the True Crime in Comics panel of her podcast Cereal Killer. Besides her amazing podcast, she has been busy performing on the screen and attending several comedy events.

Washington attended a screening for her role in the comedy horror short film Demon Juice at the Midsummer Scream in Long Beach on July 31st.

Explain your experience with your performance in Demon Juice. What was it about?

Demon Juice was such an amazing experience. It was a meeting of talented, strong comedic women. The director and writer, the great Shannon brown, actually met through another superb organization, Elizabeth Banks, and we have been collaborating ever since. Demon Juice follows a group of women whose girls’ weekend is interrupted by a four-loco-type drink possessing one of the girls. It’s hilarious fun and I can’t wait to work with these people again and again. I love horror comedies.

Washington has also attended another screening at CineUnderground in Busto Arsizio, Italy from October 7-9.

You have performed at Burbank, Broad Humor Fest, Jest Another Comedy, and Albuquerque, what is your approach to comedy and what do you do to prepare for your performances?

I approach comedy with honesty and empathy. I think being completely me and talking from my point of view but not being close-minded to the fact that is my experience and my point of you is what makes me a strong comic. I want the crowd in on the joke not to be the joke. Let’s laugh together and feel good and talk about the tough stuff and hopefully find some ways to laugh and find some common ground. To prepare I love to just hear the crowd, look at the crowd and see what the vibe is and adapt my set to that. Sometimes I can do that before but sometimes that happens on stage. Also, I do love a hood pump-up song.

What advice do you have for future BIPOC comedians?

Be authentically you for the jump. And don’t just say jokes to be funny say them from your comfort and what makes you light up. When I first started out, I made fun of my size and I was subconsciously ruining my self-confidence but I got a laugh. Now I only do things that make me feel good on stage. Make me light up and speak to being authentically me. Also, collaborate with people. Build your community.

On November 13th she is taking her comedy to the stage with her new debut one-woman show at Curti Theater Amplifies in Brea, California.

What can audiences expect from your one-woman show? What themes or lessons will we look forward to?

Well, it’s a conversation with your bestie and the things that have been said to me. We discuss some of the statements being said. What are you?” “I would make a pillow out of your hair…” And other things you shouldn’t say to humans are discussed in this hilarious confessional of a bi-racial woman.

In late November her self-help book will be published. There is no official date yet, but it has been in the works for a long while.

Your new self-help book will be published in late November, can you tell us what self-help tips you live by and use in your daily life?

Yes, it’s coming as an audiobook first and I’m so excited for it! As for some tips, celebrate your wins weekly! I do cake Wednesday when I buy myself a slice of cake and celebrate myself every week. It’s important to recognize the process and growth that you are achieving. To pause and live on yourself. I think also being your own Bestie. When I hear self-doubt or sabotaging language come out of my mouth, I tell myself don’t talk to my friend like that, it really snaps me out of the sabotage I can sometimes be with myself.

What forged your career path and how has the journey been so far with these new opportunities underway?

Collaboration has forged my path. The community I have built has helped me and I have helped them. The people you surround yourself with are so important. Build each other up. Gore together. It’s the greatest thing you can do.

Anastasia Washington has once again shown her great performances on the screen and through comedy. Get ready for her new self-help book and her new one-woman show debut. Details will be released around November. To find out more information on her upcoming performances click here or go to her site. You can also go to her Instagram, Facebook, or Twitter to find more announcements.