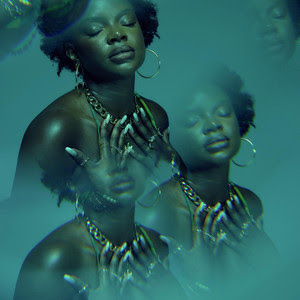 All the stars are aligning for rising Afro-R&B Pop singer/songwriter artist and TikTok Sensation Adanna Duru, as she bursts onto the scene with her debut single “Boogie” today via MNRK Urban. A slinky, R&B slow jam produced by Andre Rebellion, “Boogie” displays Adanna’s impeccable vocal range as it bridges the traditional sonics of R&B classics with a sensual bounce making it the perfect track to get you and your bae in the mood.

The accompanying video is directed by Timisola Ogunleye and premiered today on BET Soul. “Boogie” is the first single off Adanna’s soon-to-be-released EP, The Nappy Hour, in 2023. If Adanna looks familiar, you should know her from her viral singing videos on TikTok, which have been featured on The Shade Room, Complex, Genius, and more. Before reaching over a million followers on TikTok, the LA-based Nigerian American was featured on Season 3 of The Voice on Team Adam back in 2012 being viewed by millions for weeks as she wowed fans.

She was also Top 10 on American Idol, she joined to perform with Janelle Monáe single “Yoga with Jidenna back in 2015, both taking place as a teenager. The most recent have featured duets with Ed Sherran and Alicia Keys. Since then, Adanna Duru has been thriving in her musical journey. Now Adanna’s star is shining bright, and she is ready to get the party started. Make sure to check out Adanna Duru’s new single “Boogie” available on Spotify and Apple Music.