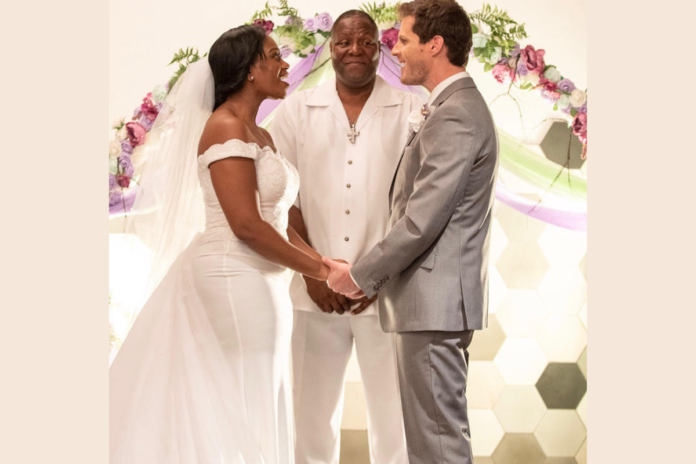 Strange Fruit: The Hip-Hopera is a film that is beginning production in Bostwick, Georgia. The 60 casts and crew are set to film, traveling from California all the way to ‘the peach state’. It’s an anticipated film created by the indie company House of Deborah Jane Studios. They specialize in musicals and they plan to use hip-hop as the language. This black woman-led production has a goal: ignite healing and racial reconciliation in America.

These times, especially the 2020 social justice movements, this film’s agenda is to cater to that effort and response with Strange Fruit. With many riots and lots of racial hate, it’s time to reflect on the past and creatively show the change we can really do for future generations. It may just be a film, but it can impact the way we view the world.

Pictures this: Imagine a powerful Black woman in the 21st Century being thrust back into the 1800s as a slave with only one chance to escape back to her reality. This is the story of Lashelle Robinson, a spitfire Wall Street executive to rescue her ancestor, Inka, from a lynching. To lift the curse off her white fiance, Todd Decatur. The love of her life and yet his ancestors have murdered hers. Isn’t that an ironic twist? This film project is set to release and be distributed on the internet attracting large film studios.

We had the pleasure of interviewing Deborah Jane about Strange Fruit, what it represents, and the message for viewers going forward.

With 2020 being the symbolic year of social justice, what do you hope your audience grasps from the hip-hop musical plot?

2020 was indeed a symbolic year of social justice. We were in the middle of a social revolution that caused America to face a radical racial reckoning. As protestors took to the streets demanding change, new voices emerged, and dark histories were revealed. I was marching in the Black Lives Matter movement in Los Angeles and giving speeches on racial reconciliation in my hometown of Orange County. It was during this 2020 civil uprising that I was inspired to turn Strange Fruit: The Hip-hopera from a feature film into a short film (proof-of-concept). I had written, produced, and developed Strange Fruit for over 20 years (in various forms). Initially, it was an award-winning play at Stanford University. But in 2020 the story truly met the moment. The urgent mission of our film is to bring healing and unity to our nation through a powerful cinematic voice for social justice.

The theme of Strange Fruit is the Ghanaian proverb Sankofa — in order to go forward, one must go back. I believe if America truly wants to progress as a people and a nation, we must go back in time and heal a past steeped in radical prejudice. This is the first step to building a better future for racial equality. The story of Strange Fruit takes us on this journey through our revolutionary female characters, LaShelle Robinson and her ancestor Inka, who powerfully collide across time.

To me, George Floyd and the many other Black Lives tragically gunned down by the police are symbolic “strange fruits” of America. Their deaths actually began long ago in a country built, in part, on systemic racism. After marching in the BLM movement, I knew I had to launch this film to explore the historical roots of the tragedies we see today. Our society simply cannot progress forward unless we go back to heal our roots. This is what our movie is all about.

What makes your indie film production company unique above all?

The House of Deborah Jane Studios is a production and content creation company in Orange County, California. Our mission is to create dynamic media that makes a social and spiritual impact in the world by telling the stories of diverse, marginalized people — in innovative ways. I think what really makes us unique is we specialize in musical storytelling! I actually was raised on musicals. As a kid, my father used to show us Jesus Christ Superstar, Joseph and the Amazing Technicolor Dreamcoat, and Annie. I remember when he took our whole family to Broadway where we got front-row seats to see my favorite musical, Les Miserables. It changed my life. As I gave a standing ovation, I knew I wanted to create an epic, sweeping, historical tale that was as powerful as Les Mis but for my people. That’s what this is. Strange Fruit: The Hip-hopera is the Les Miserables for people of color.

My upbringing also truly inspires the stories I tell. My desire to engender social impact through musical narrative initially sparked in Orange County, a predominantly white suburb. I was raised by the daughter of Guyanese immigrants (a scientist/inventor and doctor/professor). Growing up as the only Black family on the block, I experienced racial exclusion at home, at school, and even in church. Being an outcast ignited my desire to write stories that gave diverse people a voice and promoted multicultural unity.

After completing my Bachelor’s in English & African-American Studies at Stanford University, as well as my Master’s in Screenwriting from the USC School of Cinematic Arts, I launched the company, House of Deborah Jane Studios. Now as a president, screenwriter, producer, and hip-hop recording artist, I create dynamic content with a team of experts that champion multicultural voices and powerful women’s stories.

Describe how hip-hop is the key to self-expression and language in “Strange Fruit”.

Strange Fruit was originally birthed at Stanford University in a class about hip-hop theater — a dynamic combination of hip-hop music, storytelling, and social protest drama. This style really spoke to me because besides being a screenwriter and producer, I am also an emcee and hip-hop dancer. It was hip-hop that originally gave me a creative voice in Orange County — thus hip-hop means quite a lot to me. This stylized approach allows us to harness the explosive energy of hip-hop music and apply it to the historical world of slavery. With such a contemporary twist, the Antebellum South comes alive to audiences in a way that connects them to social injustice today. Using hip-hop allows us to crash the old with the new… in the coolest way — so it really is a bridge.

The language of hip-hop also perfectly narrates the story because of hip-hop’s roots in resistance. From its humble beginnings in Brooklyn, hip-hop pioneers fought police brutality, economic poverty, and other forms of racial oppression by creating dope lyrics, beats, and dance moves. Hip-hop acted as a teacher (like The Miseducation of Lauryn Hill) to teach urban youth their own value — especially in a world that constantly denied that value. As KRS-One said, one of the five important elements of hip-hop is knowledge.

Imparting knowledge through hip-hop music becomes critical because slavery erased much of African-American history. Artists like Nas often connect the legacy of Black people in Africa with those in the United States through his music. Hip-hop then becomes a form of restorative identity offering inclusive ways for young people of color to express themselves authentically. Through this engaging art form, hip-hop encourages diverse people to take control of their lives through self-knowledge, self-expression, and self-power. This is the same powerful message underscored in our film Strange Fruit: The Hip-hopera.

The plot of “Strange Fruit” is ironic in the sense that Lashelle must go back in time to save her white fiance’s ancestors who lynched her ancestor, Inka, what was the writer’s purpose for this setup?

The setup may initially seem surprising… but ultimately it is redemptive and restorative. When we first meet LaShelle Robinson, a sophisticated 21st-century, spit-fire Wall Street executive, she is extremely disconnected from her roots and has no interest in learning about them. In fact, the only one she is truly connected to is her white husband-to-be, Todd Decatur. He is her best friend, the love of her life, and the future father to her children. He is also the only one that ever made her feel seen growing up. You can imagine he means quite a lot to her! When his life is threatened by the ghost of her ancestor, Inka, at their wedding – LaShelle would do anything to save him, even embarking on a treacherous journey through time with the help of her spirit guide, June. She must lift the generational curse off her family Todd’s family tree or Todd will die. After all, it is Todd’s slave-owning ancestors that killed her ancestor, Inka. To be clear, LaShelle is not saving Todd’s ancestors, she is saving Todd from the generational curse that his ancestors created. He is unable to save himself. However, even though Todd is the initial catalyst, LaShelle ultimately ends up saving herself and her own ancestor, Inka, by reconnecting to her roots and discovering her true identity through Inka. Therefore, Strange Fruit becomes a redemption tale for Todd, but a restorative tale for LaShelle and Inka. That is the real rescue.

Through the thrilling twists and turns of her journey, we reveal a story that actually symbolizes America’s journey. The interracial marriage between Todd and LaShelle represents the union between Black and white people that can only occur once America faces the strange fruits of its sordid, haunted, exploitative past. By looking at the past through a modern family lens, we reveal the true horrors of slavery and how they still impact who we are as a nation through our interconnected family trees. Accompanied by contemporary rap, song, and dance, we truly hope this unique story will have the power and excitement to resonate with generations to come.

With an enticing plot story that is filled with serious issues of race and slavery, that will showcase modern hip-hop attributes; this film setup can help generations connect. To view upcoming film production releases and updates go to their website.

Watch The Trailer For The TV ONE Original Film Never Would...