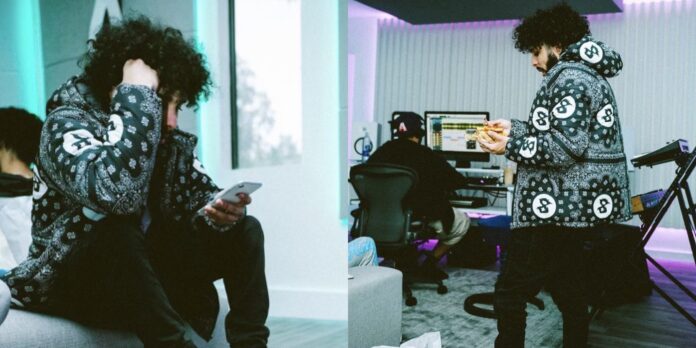 Rico Creed is not your average branding and marketing manager. The New Orleans native isn’t your typical music executive who studied marketing in school and interned at a record label to get into the music business. Now of course growing up in N.O. wasn’t easy, but there was a ton of inspiration from his hometown with stars like Master P, Juvenile, Lil Wayne, and becoming successful music stars. Within time, he continued to study the greats and found himself with a record deal of his own. Rico slowly but surely made a buzz for himself which garnered the attention of Roc Nation’s own Lawrence Parker, and of course, things could only go up from there. Rico’s drive and determination pushed him to the next level as he began to hit the road, opening shows for major stars including August Alsina, Kidd Kidd, and Kevin Gates.

Things were seriously looking up for Rico, but as he got caught up in some trouble, it forced him to figure out what he really wanted to do with his career. The rising star moved in a different direction and work more behind the scenes with artists developing their social media brand. He learned from experience, what an artist needed to do to market themselves and in return used his skills to help push them to the next level. Teezy Baby was just one of the first artists Rico believed in who now has over 200k followers and over half a million streams, because of their partnership. Now of course the formula to his success isn’t as easy as it may look, but Rico’s eye for talent and branding has helped to solidify his place in this game.

Many don’t know this, but he secretly played a huge role in bringing Trippie Redd to OVO’s CeeJay before the world knew him as the superstar that he is today. Working with the likes of artists like Yung Tory and influencer Nick Nack Patti Whack is the norm for Rico, but now he’s ready to take over with the launch of his label and management company ID Management. Today you can find talent just about anywhere if you’re looking for it, but everyone doesn’t have the right team behind them to push them to the next level. Rico is here to change that with his company and is ready to take on the next big star. If you think you truly have what it takes to be a star but just need the right branding and marketing behind, then Rico just might be able to help you.

Follow him via Instagram at @SayRico to see if you might be the perfect fit for his new label, which is sure to be the talk of the industry.

The WNBA Returns To Action