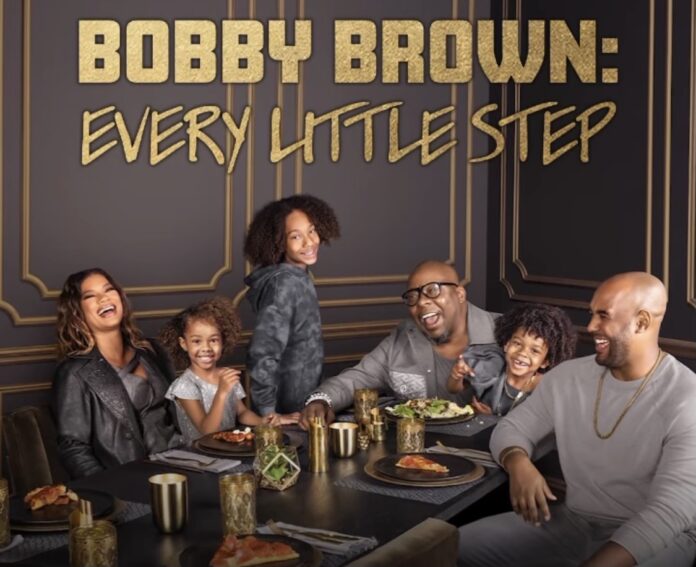 A&E has released the new episodes of its popular documentary series ‘Bobby Brown: Every Little Step.’ The 12-part series takes viewers into the life of Grammy Award-winning R&B artist Bobby Brown. The series shows how Brown navigates life with his wife and kids as he tours the world, practices sobriety, and deals with the pain of grief.

Even though Brown might be a popular and successful person in the public eye with making it onto the Billboard 100 chart and being a Grammy winner, he still deals with the same struggles people battle and overcomes every day. This series displays the rawness of Brown’s life as he deals with the stress of his music career, losing his son, and becoming more healthy while practicing sobriety. Along with Bobby, the series also features other members of the Brown family, such as Alicia, La’Princia, Landon, Cassius, Hendrix, and Bodhi.

In the new episodes, the series displays the actual realities of dealing with family life and work. In episode 10, ‘It’s So Hard To Say Goodbye,’ Bobby discovers that his estranged sister, Tina Brown, is struggling with her health and deals with the conflict of knowing what to do. Also, Bobby deals with other family problems, such as his youngest son, Cassius, coming upon the beginning steps of puberty.

In the 11th episode, ‘New Edition, New Problems,’ Bobby sets out to start the tour with his R&B group, New Edition, for three months. Bobby struggles to learn the dance moves, and his wife Alicia might not be joining him on tour.

Check out the past episodes and the two recent episodes from the series on A&E.

Cecilia Vicuña’s “About to Happen” and the late French-Mexican Surrealist Alice...