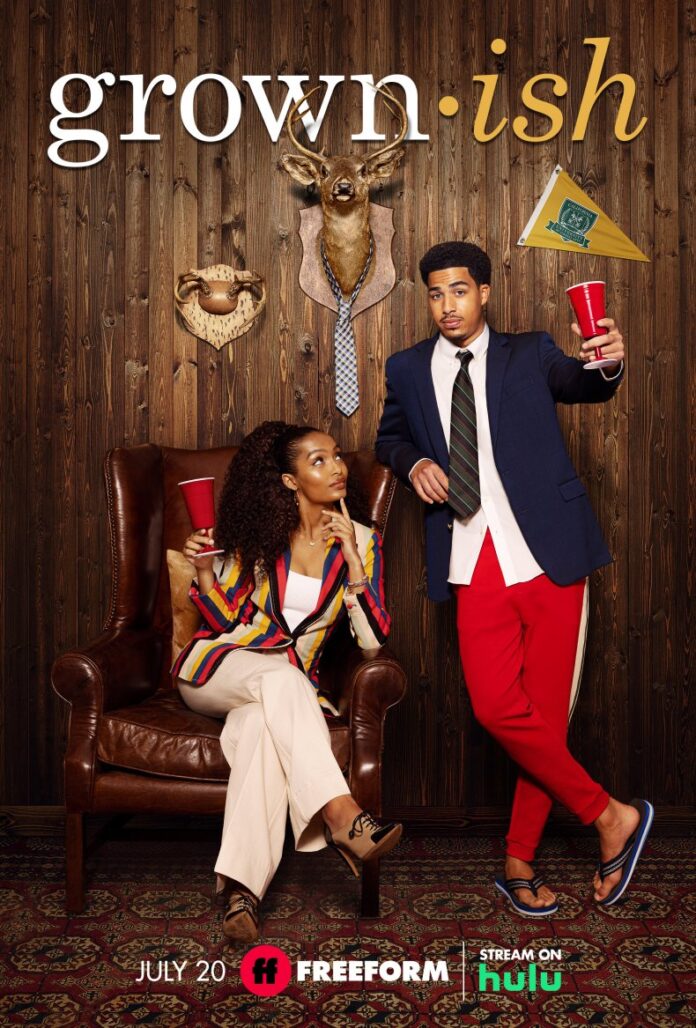 In Wednesday’s Episode of Grown-ish, Junior is considering pledging the fraternity, Gamma Psi Delta, and is faced with a tough decision. The decision could either cost him his pledge or his friendship with Kiela.

For help, He goes and talks to his sister’s friends, Doug and Aaron. Doug is excited about Junior’s interest. Doug tells Junior how it’s a brotherhood like no other. Even if they branded him, which was optional.

Doug talks to Junior about pledging Gamma and how he would have to take initiative and suggested trying to help the brothers. Junior then got the idea to get a comedian to come to Cal U to help them fundraise.

Then Junior’s friend, Kiela, finds out that the comedian is Malik Miles. At a show, he told a crowd to snatch a wig off a woman and then waved it over her head. Kiela thinks the act is unforgivable and tells Junior he needs to cancel the show. Junior did not know about the incident and promised to talk to the Gammas.

Next, Junior talks to Mike, a member of the Gammas. Mike tells him everyone makes mistakes, and that the performance should still happen. On the night of the show, Kiela starts a protest at the event. Junior stands with her and cancels the show taking the blame for hiring a controversial artist.

The episode closes with Junior apologizing for canceling the show, but he does not regret it. He thinks they are going to reject him. Instead, they ask him to pledge, telling him brotherhood is more than just blind loyalty. Everyone in the Gammas agreed Junior was Gamma material except Mike. Junior takes this as a challenge to prove him wrong.

Check out the latest episode of Grown-ish on Freeform and Hulu now.