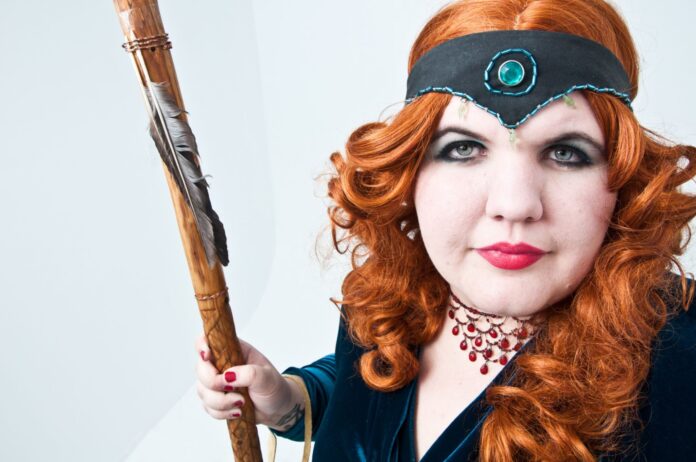 Katje van Loon created a blog post 10 years ago calling for a day to celebrate and acknowledge those who identify as non-binary. Since the original post, International Non-Binary Day is recognized around the world and celebrated in many countries.

International Non-Binary Day is on July 14, exactly halfway between International Women’s Day and International Men’s Day. Van Loon thought this day would be perfect for individuals who don’t consider themselves a woman or a man.

Van Loon opened up about their personal journey with gender identity and why it is so important to have International Non-Binary Day.

Drama was van Loon’s favorite subject in school, and they would get singled out in class for being the strongest girl. Instead of feeling shame when helping the boys put away heavy pieces of the drama sets, van Loon felt pride. It wasn’t that van Loon just didn’t feel “girly,” taller, larger, or less feminine. It was more that the label “woman” didn’t feel right.

When van Loon’s grandmother passed away, they went over to her apartment to organize some things. After trying to distract themself, van Loon fell into an online rabbit hole and stumbled upon a Wikipedia page for gender identities.

“It was here that I first read the definition of ‘non-binary,'” van Loon said. “In those paragraphs, I learned about people who do not follow binary gender norms, people who feel they exist in an intermediate space outside the definitions of male and female. ‘This is me,’ I thought. I am non-binary. This has been me my whole life. And I’ve just never had the words to describe it.”

Van Loon liked “zie/zir” pronouns because they sounded soft and playful. When the pronouns “they/them” started to become more popular van Loon started to dislike the phrasing. “As a writer, I take language seriously, and I’ve read several texts where people use the ‘they/them’ pronouns which have left me genuinely confused as to whether they were speaking about an individual or group,” van Loon said.

A year after the discovery, van Loon wrote a 153-word blog post about how there should be an International Non-Binary Day. Nothing happened directly after the post went up, but several years later, van Loon saw that the day was officially being observed for July 14. It was observed by the Human Rights Campaign, Stonewall, the UK Parliament, and dictionary.com. People had cited van Loon for the reasoning behind the date, but only Non-Binary Wikipedia cited her blog as the inspiration.

“We can feel invisible in a world that still hasn’t completely understood what we are. So it’s nice to have a day that recognizes our existence. Does it have to be a day where we’re out in the streets marching? No. But it would be nice to get some flowers,” van Loon said.

Van Loon believes that people who identify as non-binary still feel invisible in a world that doesn’t completely understand what they are, so having a day that recognizes them has been a big accomplishment for the community. Van Loon wants people to be happy with who they are, and if having a day that recognizes them makes people happy, then that is the best outcome van Loon could have hoped for from a 10-year-old blog post.