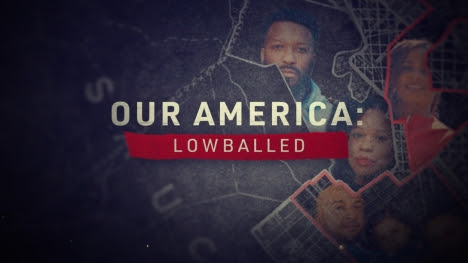 Black and Latino families have had their homes appraised for up to $500,000 less than expected and racial bias is shown to be a driving factor. This feature of systemic racism impacts the entire economy. A 2018 report from the Brookings Institution estimates that homes in predominantly Black neighborhoods are devalued by $156 billion, an average of $48,000 per home. This amount of money can cover the cost of a four-year degree for 8 million students and pay for almost all damage caused by Hurricane Katrina. Because of this, Black families are deprived of their intergenerational wealth, which can help pay for school, start a business, and invest back into their homes.

The ABC Owned Television Station’s data journalism team launched an investigation to measure racial equity in America’s 100 largest cities. They gathered and analyzed over 10 million data points across 5 quality of life categories: policing, housing, education, health, and environment. ABC used this data in other projects, including “Our America: Lowballed.” Executive producer and award-winning reporter Julian Glover covers the stories of three families in California and Indiana, whose home values jumped $300,000 because of whitewashing. ENSPIRE has been granted the opportunity to interview Mr. Glover, who has given his valuable insight below:

How do you think this affects families in your home state of Maryland and in Washington D.C.?

The Austin family in Marin City, California, had the value of their home jump $500k after receiving what they believed was a lowball appraisal. The Black family took down family pictures, books, artwork—even hair products—and had a white friend stand in for the second appraisal. The appraised value jumped by nearly half a million dollars. The Austins’ story is no doubt heartbreaking. But even more heartbreaking is the fact that their story is far from isolated.

According to an ABC Owned Television Stations data analysis of more than 50 million home loans, refinance applications in predominantly Black neighborhoods are nearly five times more likely to be under-appraised than in white communities. The analysis also found that home-purchase loans in Black neighborhoods are more than twice as likely to be appraised under value.

While the homeownership in the Washington, D.C. metro area (or, as we locals like to say: The DMV) is higher than most parts of the country for Black and Latino folks, this issue of lowball appraisals and the cap it puts on creating and passing down intergenerational wealth is surely a factor.

Why do you think the problem is not known widely among Black and White Americans?

In many ways, the Pandemic became the perfect story to bring this issue into focus. Interest rates hit historic lows in 2020 and 2021, and more homeowners refinanced their existing mortgages to save money or withdraw from the home’s equity as property values soared. Black and Latino families disproportionately had their loans denied. Why? In many cases, the appraisal came in low.

The National Fair Housing Alliance also reported a record year for the number of administrative housing complaints filed at both the state and federal levels in 2021.

I think White Americans may have been unaware because they are less likely to be denied mortgages due to a low appraisal, 2021 FHFA data shows. And the belief that the low appraisal may have been racially biased is an issue unique to Black and Brown folks.  Unless you are closely connected with a person of color who has openly shared their story and situation with you, how could you know?

What do you expect to be the outcome of the Property Appraisal Valuation Equity Task Force?

It is our hope that this task force will create and enforce laws so this unequal treatment will no longer exist. We also hope that the PAVE Task Force will continue with education efforts to make homeowners more aware of their rights and formalizes the ROV or Reconsideration of Value process, where homeowners can ask the appraisers to take a second look at the report or request a second appraisal from the lender.

We explore these solutions in the documentary. We speak directly to Congresswoman Maxine Waters, Chair of the U.S. House Committee on Financial Services, who has authored legislation to address these issues.

How will the new shift in Congress impact property appraisal legislation?

It’s hard to say right now–and that should be frustrating to us all. This should be a non-partisan issue.  However, while there has been a shift in Congress, it’s a small one, and hopefully, those who are in place will help pass the legislation necessary to close the inequity gap in the housing industry.

This reporting on the devaluation of Black and Latino homes has spurred new state laws and led President Biden to create the Property Appraisal Valuation Equity (PAVE) task force to identify solutions to root out appraisal bias. In addition, local organizations like the Fair Housing Advocates of Northern California and the National Fair Housing Alliance are also dedicated to uplifting housing discrimination issues.

Why has previous legislation failed to prevent unfair property appraisals?

As mentioned, this is a topic that is finally getting a spotlight.  With this documentary, we are increasing awareness in hopes that this is a less prevalent issue.

We are empowering viewers with the information needed to take action if they are lowballed.  We are continuing to hold federal leaders accountable to fix this issue that has withheld billions in equity from Black and Latino families for generations.

Every family I spoke to for “Lowballed” shared they felt as if they didn’t have any options to get help—that they wouldn’t be believed.  But there are actions you can take. We walk people through the steps in the documentary. We’ve also posted a list of resources for families to take action against suspected appraisal and other housing discrimination.

With so much at stake, meaningful and comprehensive action is needed to prevent further home devaluation, which has deprived Blacks and Latinos of their economic and financial well-being. “Our America: Lowballed” informs and provides an outlet for viewers who may also face discrimination in home appraisal. Glover provides an inside view into the issue, helping three affected families tell their stories. While there is still much work to be done, “Our America: Lowballed” has refocused the public eye on this issue.