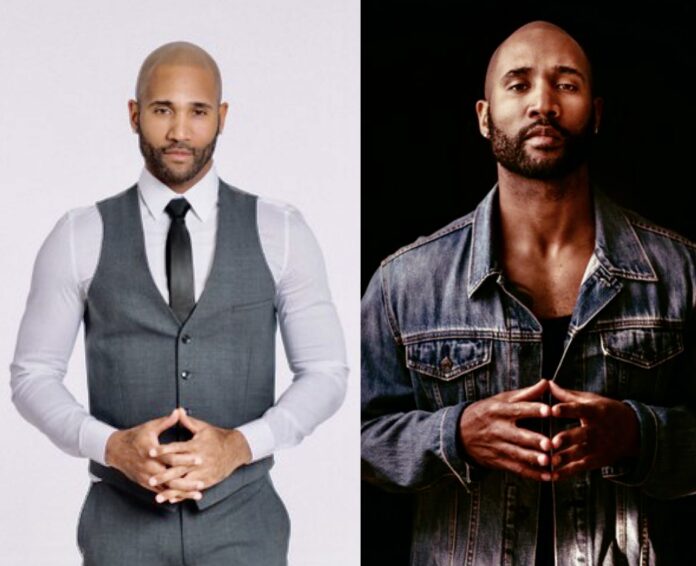 Camari Brown is a star on the rise who continues to prove that things can always get greater later. The actor/entrepreneur has truly put in work over the years and his thriving career is a true testament to what can happen when you truly go after your dreams. The Cleveland, Ohio native always had a passion for comedy but never in his wildest dreams did he ever think that his love for the art of comedy and acting would one day become a part of his reality. Growing up some of his earlier influences included Eddie Murphy, Martin Lawrence, Jamie Foxx, and The Wayans Brothers but never did he imagine that he would one day grace the tv screen and stages like them. After performing supporting roles in hit stage plays including ‘Why Do Good Girls Like Bad Boys?’ along with Clifton Powell, Leon, Drew Sidora, and Terrell Carter, Camari knew that for him to really pursue his goals as an actor he would have to leave everything he has ever known.

Within time the rising star took the leap of faith and moved to NYC with no real opportunity in site, but as most hustlers do they find a way to make it when all odds are against them. Now although the grind was real and side jobs were a necessity Camari continued to put in the work and study with actor Marc John Jeffries which truly helped him to perfect his craft as an actor. Slowly but surely Camari would book steady work as an actor/model in commercials and numerous tv spots for Amazon Fire TV, LG Gram, Kiehls, Dish Network, LL Bean, Mediacom, Met-rx, and Netflix’s ‘Okja’. He even co-starred in breakout star H.E.R’s video for the Academy Award-winning song ‘Fight For You’. As an actor, Camari has truly been able to showcase his skills in multiple roles but one of his first notable roles was on the OWN series ‘Checked Inn’ as he played their resident handyman. With this huge break into television, it was clear that he was destined for so much more.

In the next few years Mr. Brown was able to display his talent as an actor on many hit tv series including ‘Law & Order SVU’, ’Blue Bloods’, ’The Blacklist’, ‘Crime Stoppers Case Files’ and ‘Deadline: Crime with Tamron Hall’. Now although these were all dramatic performances, his diversity as an actor really began to shine as he tapped into his comedic side as well as performing standup in NYC. His experience on the stage allowed him to grow as an actor which ultimately led to him hosting and creating content for the Applause Network. But when he’s not on tv and performing regular sets at the LOL comedy club and Broadway Comedy Club, the renaissance man is steadily putting his energy into his other endeavors as an entrepreneur. Over the pandemic, he continued to partner with Airbnb and Turo, but that wasn’t enough for Camari.

Within a years time, he came up with the brilliant idea of a special trivia game as he sat and watched over 25 classic films along with his family to come up with the concept of a multiple choice game ‘ Hood Movie Trivia’ based on some of our favorite movies including ‘Menace II Society’, ‘Boyz In The Hood’, ‘The Players Club’, ’ATL’, ‘Baby Boy’, ‘Belly’, ‘Juice’ ‘New Jack City’, ‘Shottas’, ‘Paid In Full’ and ‘South Central’…The game which is now available for only $25 is sure to be a staple at every family/friend function as it perfectly brings movie lovers together for one hell of a good time. The rising star recently sat down with Rhina Valentin to talk about all things Hood Movie Trivia and more in this exclusive chat on BronxNet’s OPEN. Watch the special interview below then pick up your game at HoodMovieTrivia.com just in time to kick off the new year.

Keep up to date with Camari Brown on social media @CamariBrown

Sound Off in Dubai by Sheila O and AfroZons