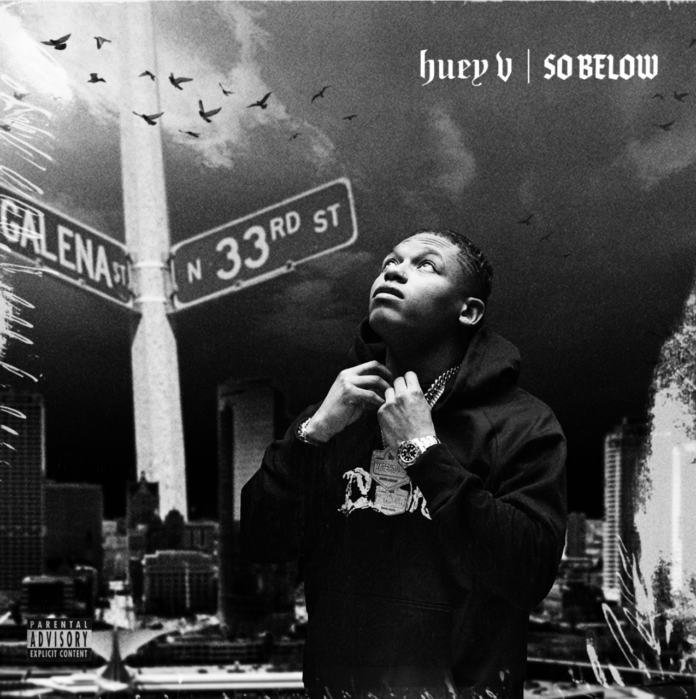 After Huey V’s recent release of the “So Below” EP, he has been making waves in the music industry, from performing at the SummerFest in Milwaukee to throwing the first pitch at a Brewers game. Along with “So Below,” he just released a video, “Feelings,” directed by Shula The Don. HUEY V continues to get attention from fans worldwide, reaching 2 million views on his latest video releases.

Huey V’s new video “Feelings” was inspired by his version of Jay-z’s single “Song Cry.” Huey V is displayed as a storyteller, indicating a toxic relationship with constant arguing and fighting to make peace with one another in a never-ending cycle. The video’s opening scene shows the couple talking and sparking an argument.

The music video is unique because it shows Huey V telling the couple’s story from both perspectives of the two people involved in the relationship. Huey sings some of the most impactful lyrics: “You don’t view this house as a home no more,” which allows listeners going through the same relationships to connect. Huey shows regret and imperfection in this heartfelt rap song while portraying lost love between two individuals.

Major media companies, such as Source Magazine, Revolt TV, Rolling Out Magazine, and Rap Radar, have been anticipating the “So Below” EP to reach over 2 million views combined. RevoltTV.com stated more about what makes Huey V’s music unique and his potential for the future.

[Huey’s style is] “…heartfelt, vivid, and honest subject matter that he’s quickly becoming well known for,” RevoltTv.com said. While “So Below” EP is the flipside perspective of “As Above”, its upbeat energy has consistent bangers mixed by Young Guru who has worked alongside the industry’s elite artists including Jay Z, 9th Wonder, T.I and more.”

Also, check out and follow Huey V on Instagram @whoishueyv to listen to more of his songs and watch some of his other music videos.

Olympic Gymnast Simone Biles Does The Impossible and Makes History